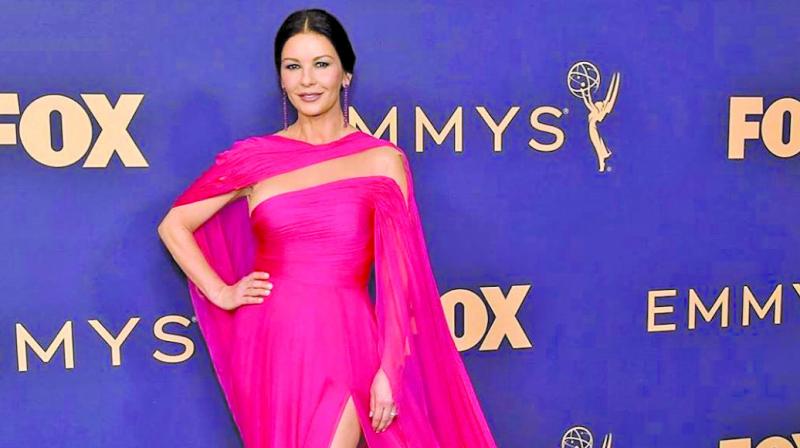 When Anil Kapoor conversed with Catherine Zeta-Jones and her husband Michael Douglas at an event in Delhi last week, the stunner from the epic musical Chicago caused quite stir by praising Bollywood cinema and specially Om Shanti Om.

Leading everyone to presume that Ms Zeta-Jones meant the 2007 Farah Khan film. So much so that the Farah camp was so overjoyed that they are said to have been preparing a thank you note for Hollywood’s superstar couple.

However, Ms Zeta Jones was referring to the classic song ‘Om Shanti Om’ from Subhash Ghai’s film Karz and not from Farha’s film.

Says a source from the event, “She even hummed the popular ‘Om Shanti Om’ song composed by Laxmikant-Pyarelal. So we don’t know why there should be any confusion. And let’s be logical. Why would any sane person single out Farah Khan’s film as a Bollywood favourite above Mother India or Lagaan, or whatever?”

In fact Douglas made a funny remark about his wife’s ‘Om Shanti Om’ declaration. “In our home we don’t sing the usual Christmas songs. We sing Om Shanti Om,” drawls Douglas.

Anil came far better prepared than Michael Douglas-Catherine Zeta Jones for the interview.  He questioned Zeta-Jones on her singing and dancing in the 2002 Broadway-styled Hollywood musical Chicago, adding, “We here in Bollywood do the dancing without much rehearsals. But you must have rehearsed really hard for Chicago.”