Sonu Nigam on ghazals, his journey in the industry and how he deals with the ups and downs. 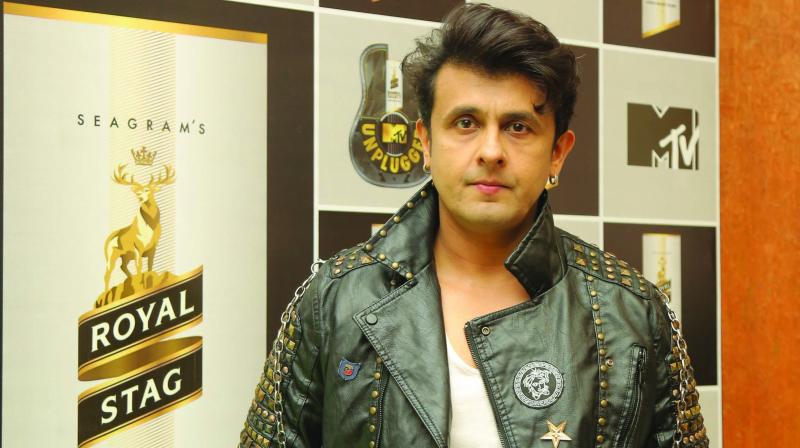 An eveningof ghazals enthralled the Capital last Friday as singer and composer Sonu Nigam gave his beautiful voice to them in his effort to introduce these golden tracks to the millennials. “When I was invited by MTV for a performance, I was confused about what I should sing, should it be my songs, other’s song or something entirely different? There were a lot of options, I was thinking of singing some old songs as well,” says Sonu who eventually chose classic ghazals like Jagjit Singh’s ‘Jhuki Jhuki Si Nazar’ and ‘Koi Yeh Kaise Bataye’, Ghulam Ali’s ‘Apni Taswir’ among others for his performance at Royal Stag Barrel Select MTV

Talking about his decision to go ahead with ghazals, Sonu says, “Everyone has heard ghazals at some point of their life. The gazals that we have heard, our children haven’t. While we have completely enjoyed them, our children haven’t been able to enjoy them. The Shayari in gazals is mind blowing and so is the singing and composition.”

Often regarded as a “Modern Rafi”, Sonu has always been considered as the most versatile singers of the industry who can sing in over a dozen languages including Assamese, Kannada, Maithili, Malayalam, Manipuri, Marathi, Nepali, Punjabi, Tamil, Telugu and Hindi among many other. The voice behind hit songs like Sandese Aate Hai (Border), Yeh Dil Deewana (Pardes), Abhi Mujhme Kahin (Agneepath), Kal Ho Naa Ho title track and recently released Main Badhiya Tu Bhi Badhiya (Sanju), Sonu was one of the highest paid singers in India. However, time doesn’t remain the same.

Talking about the ups and downs in his professional life, Nigam says, “Of course, I went through a low phase. We all have to go through it and we should go through it to be able to learn. It is difficult going through a low phase but if you evaluate it correctly, then the low becomes a high.” The singer-composer further adds that at times things are not in your hands and there is little one can do besides waiting for it to get over. “It is like you have stopped at a traffic signal and some car bumps you from the back. It is not our fault as we were waiting for the signal to go green. This is what happens in life. Sometimes you do nothing, there is no fault of yours and people point fingers at you, people betray you, people will not live up to your expectations but you can’t take it seriously. We must believe that there is a reason related to karma. I feel it should just pass fast. I say, God please help me out of this quickly.”  Sonu further adds that until the storm calms down, the person should continue to work on themselves, to become better at what they do. “This is not my work, it is my passion. I enjoy it to the fullest,” says Sonu.

Moving on to the fact that he has been keeping a low social profile, he says, “I am not really on social media, I quit Twitter long back and have just joined Instagram.” Sonu had deleted his Twitter account in May 2017 after his tweets against azaan being made through loudspeakers landed him into a controversy. “My recent hobby is hearing audio books. I used to read a lot before but now there is no time to read so I hear it instead. I am listening to a book called Sapiens right now,” he adds.

The singer also had a son and when he was asked if he would want his son to become a singer, he refused saying it is up to his son’s will. “Yes, my son does sing well but I don’t want to decide his future. I want to leave him free. Forcing never leads to anywhere positive. I would love him to do what he is passionate about. With children, we can guide them, we can’t force them,” he says while signing off.