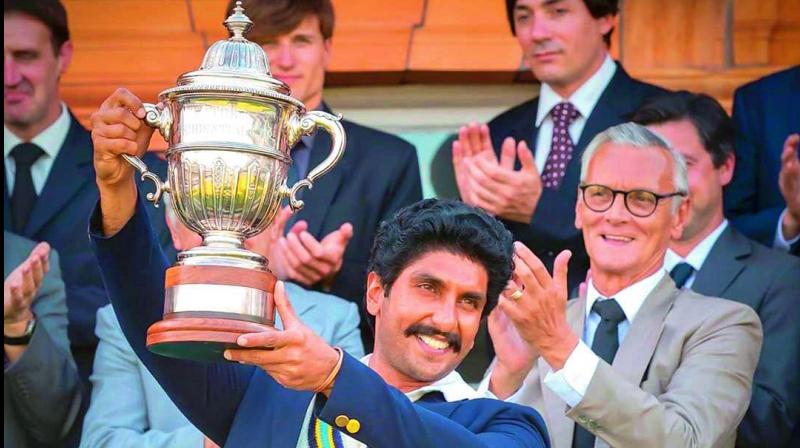 The cricket extravaganza film ’83 is releasing on Christmas.

It is time for first-day-first-show audiences to rejoice. Even as seven films were slated for release on OTT platform, Bollywood’s hardcore commercial entertainers — made with an aim to please the theatre-going patrons — will also hit the theatres, starting with Sooryavanshi releasing on Diwali.

This will be followed by the cricket extravaganza film ’83 releasing on Christmas.

Incidentally, both these films feature Ranveer Singh — while he plays the lead in ’83, he is a pivot in the cop universe created by Rohit Shetty with Simmba, Singham and Sooryavanshi.
Shibashish Sarkar, Group CEO Reliance Entertainment, who is backing both Sooryavanshi as well as ’83 confirmed that the films will indeed release on the respective dates.

Says Atul Mohan, editor of the trade glossy Complete Cinema, “It is good news finally. Theatres will open on Diwali or maybe a bit earlier, and the multiplex and single screen owners are in the process of getting their act together as to when they will start sanitising the theatres completely, apart from getting all the SOPs ready for the functioning of the theatres. The people too have had tough few months and will perhaps continue to have for a few more weeks. And that is one reason why they will want to see some pure unadulterated entertainment which the commercial blockbusters can provide.”

Theatres all over the country shut down in mid-March, following the coronavirus pandemic.

The subsequent lockdowns have meant that the film industry has suffered a loss of over Rs 5000 crore and upwards.

Hence, Bollywood experimented recently by releasing a few films in the UAE, followed by New Zealand, Australia, and Fiji, where the theatres have opened. America is next on the radar.