Individual choices will make the difference between you and your neighbour. 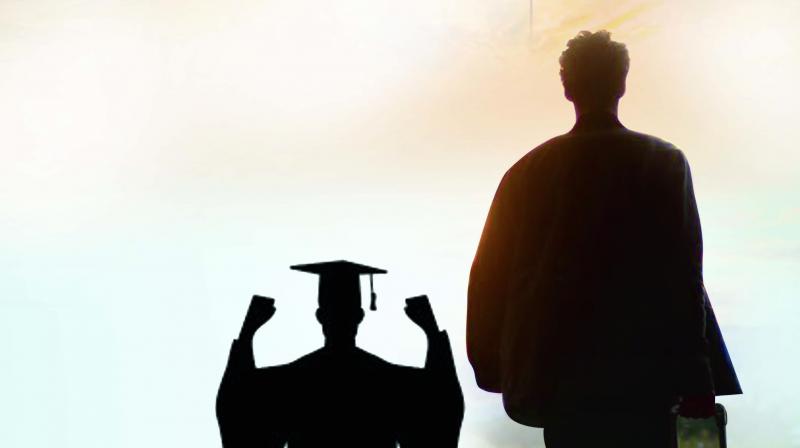 The Survey of Health, Ageing and Retirement in Europe (SHARE) is a multinational research project across more than 20 European nations and Israel. There are similar initiatives in the United States of America (US Health and Retirement Study – HRS) and United Kingdom (English Longitudinal Study of Ageing – ELSA).

We live in a world that is constantly changing in its physical, climatic, technological and social structure. This is exemplified by how life expectancy has dramatically increased over the last 50-60 years. According to the United Nations World Population Prospects 2017, human beings live into their 70s now, as compared to the average 50 years at the time of Indian independence, around late 1940s-50s. This is likely to go up by another 5-6 years over the next two to three decades. As we spend more and more time on this earth, there is a need to understand what is going to keep us well and happy over these long life durations.

The Survey of Health, Ageing and Retirement in Europe (SHARE) is a multinational research project across more than 20 European nations and Israel. There are similar initiatives in the United States of America (US Health and Retirement Study – HRS) and United Kingdom (English Longitudinal Study of Ageing – ELSA).

SHARE aims to understand the aging process at the individual and societal level, to effect fact-based policy development in facilities and welfare systems for the elderly population. Thousands of people over the age of 50 years, in every participating country, have been interviewed repeatedly since 2004, to understand what factors determine healthy ageing and late-life satisfaction and prosperity.

Researcher Christopher Becker and his team from Heidelberg, Germany, had certain hypotheses about how marriage, children, grandchildren and social networks impact wellbeing and mental health in people over 50 years of age. In the SHARE dataset of over 55,000 European men and women, they found that marriage, social support networks, and having non-residential children, determine health and wellbeing.

The world can change how much ever it wants, even topple over its axis, but us human beings will perhaps never stop being the socially hardwired beings that we are. Even as we define our worlds through digital connectivities, there is ultimately an underlying desire to connect and seek validation, socially. Becker’s findings on marriage and social support networks form an integral part of this mix. It is the story about non-residential children that has, however, raised eyebrows.

Let us see what these researchers are really saying. They try to explain this finding by extrapolating non-residential children, i.e. children who have moved out of parental homes, to a form of social support network. A social support network includes how many people one knows, how close is the relationship with them, how frequently does one meet them, and how near/far they live. Grownup children, living independently, would, understandably, contribute to almost all these parameters.

Notably, these researchers found that any and all kinds of social support networks determine health and wellbeing, not only one comprised by children. While Becker’s research does not go into a detailed exploration of the experiential subjectivities of people whose children have moved out, spouses and children are the most long-lasting social support networks, when compared to friends and relatives. ‘Children moving out’ is likely to also be a marker of their educational, career and economic independence and success, facets that would make them competent social support systems for older parents.

Human societies have moved from predominantly agrarian large family systems to urban small, nuclear family systems. Just as we were coming to terms with the empty nest syndrome (depression and despair that overcomes parents when children leave the parental home for education or career), came the boomerang generation (children returning to live in their parental homes, most often due to economic and employment difficulties).

Just like the majority of us wouldn’t fancy the idea of taking up a graduate modern history course at 60 years, parenting and active household endeavours seem enticing only during a certain age range. Consequently, we experience satisfaction and fulfilment through the accomplishment of these ‘age-appropriate’ tasks. So, if your adult children return to you for economic or other reasons, there is a natural disinclination to move to an earlier lifecycle stage. However, modernisation that made us more nuclear and urban has also created dents in our traditional lifecycles, by delaying marriage and childbearing.

The United Nations World Marriage Data 2008 showed a more than 10 years’ increase in the average age at marriage from the 1960s to the 2000s. There has also been a consistent push from various sectors to delay the age at retirement, given the increased life expectancy. 50-60 years may then no longer be the typical age of retirement and renunciation.

It would be interesting to factor in these considerations in the findings presented by Becker et al.

Scientific research is not done, and should not be interpreted without context. Averaged-out data from 55,000 people cannot take away the experiential realities of individuals that make up this 55,000. As Simon Hattenstone, in response to Becker’s study, wrote for The Guardian this month – “My children are adults, and the house is buzzing with life. Even thinking of them leaving fills me with a sense of loss.”

Even as SHARE and the like help us understand societal trends, we must remember that individual choices and stories will make the difference between you and your neighbour. So, don’t start throwing your children out just yet! Rewind and relive your story. It isn’t too late to start becoming the social being that you missed out on all those days behind your office desk!

(The author is Assistant Professor in the Department of Child and Adolescent Psychiatry at the National Institute of Mental Health and Neurosciences, Bengaluru)