Overall, the market was hoping for a 20 per cent growth in earnings but the results have come below expectation. 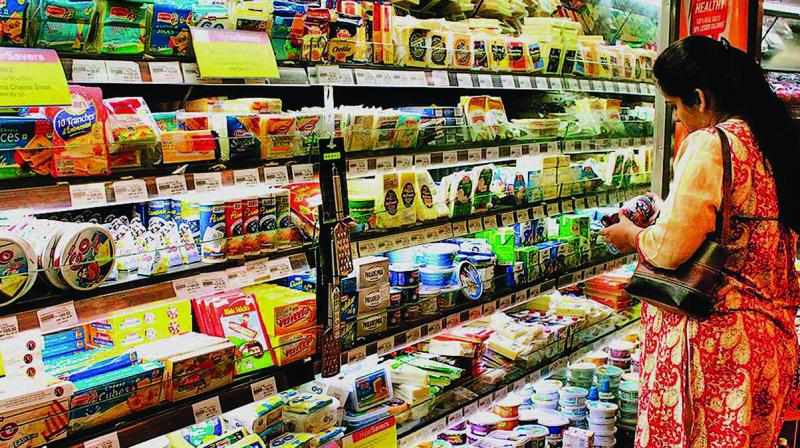 Mumbai: The market may have rallied over the past few days, but the corporate earnings for the fourth quarter (Q4) show no signs of revival.

An analysis shows that most Nifty companies that have reported earnings so far have witnessed a decline in margins at the levels of both earnings before interest, taxes, depreciation and amortisation (Ebitda) and profit after tax (PAT).

Sectors like fast moving consumer goods (FMCG), auto, consumer staples were the worst hit from sluggish rural demand and a general slowdown in consumption. Analysts caution that there will earnings downgrade going forward for most sectors.

While metals and energy sectors put in a weak performance, Cement and information technology (IT) did well during the January-March quarter. A reduction in cost and a pick up in volume from an increase in project completion, like in affordable housing, supported cement companies while stable growth in global demand and currency depreciation supported IT earnings.

Overall, the market was hoping for a 20 per cent growth in earnings but the results have come below expectation. In fact, 8 out of 10 consumption companies in the Nifty have reported a 2 per cent year-on-year (YoY) decline in Ebitda.

“The market was expecting a bounce in earnings growth starting from Q4FY19, however, the start was mixed with lower than expected results from banks,” said Vinod Nair, Head of Research, Geojit Financial Services.

Margins still see compression. With volatile crude prices and lower profitability, a compression pressure on margins was observed. For 19 ex-financials Nifty stocks that have reported earnings so far, Ebitda margins have seen 123 basis points (bps) contraction YoY, while PAT margins have seen a 68 bps contraction. But given the improving profitability in the financial sector, overall Nifty PAT margins (including financials) have improved by 110 bps for 27 companies, analysts said.

“The results announced till date have been a mixed bag with private banks like HDFC Bank, Kotak Bank, ICICI Bank and Axis Bank announcing a good set of numbers while consumer companies suggested a slowdown in growth. Auto companies results were quiet and most companies have seen significant cut in earnings estimates,” says Naveen Kulkarni, Head of Research, Reliance Secur-ities. “With the earnings season drawing to a close, FY19 earnings will be cut further and FY20 earnings estimates have also seen some moderation,” he said.

The Indian market (Nifty-50 Index) trades at 19.1 times  FY2020 earnings per share. “We do not rule out earnings downgrades in a whole host of sectors in case the current economic slowdown was to be more prolonged versus our expectations,” said Kotak Securities in a recent report.

According to the brokerage house, India faces certain structural challenges in the form of declining household savings rate and  high fiscal deficit. The big worry is that there could be a sharp correction in the market if the  earnings growth failed to pick up in the coming quarters.

Thus far, earnings growth has disappointed, but the market returns have been positive. In fact, despite a fair number of companies witnessing a decline in earnings growth, valuation multiples have expanded. This cannot continue unabated. A sustainable driver of returns, which is earnings growth, will have to take centrestage. If earnings growth does not catch up, there could be a correction (and this has nothing to do with the elections),” said Morningstar.