He said 45-50 per cent of tax revenues of states come from petrol and diesel. 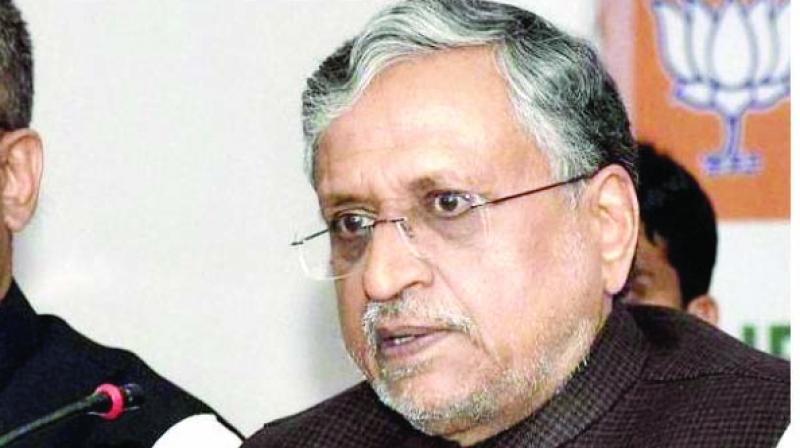 New Delhi: Petrol and diesel when brought under GST will involve a peak tax rate of 28 per cent plus states getting to levy some tax, keeping the retail rates at almost the same level as they are currently, Bihar deputy Chief Minister Sushil Kumar Modi said on Friday.

Mr Modi, however, said it will take some time for states to get around to including petrol and diesel in the GST and the Council will take a final call on the timing.

If petrol, diesel are to be brought into GST, then states will be allowed the levy taxes on top of 28 per cent to prop up revenue. It will take some time to include petrol, diesel in GST as the states have divergent views, Mr Modi said at an event here.

If petro products are brought into GST, then there will be minor impact on the incidence of tax... and minor impact on prices. The price of petrol, diesel will continue to be driven by global factors, Mr Modi said.

He said 45-50 per cent of tax revenues of states come from petrol and diesel.

Mr Modi said petrol, diesel would not be included in the GST in the coming few months and focus would now be on new return filing system.

The peak GST rate plus VAT will be equal to the present tax incidence, which is made up of excise duty, levied by the central government, and VAT charged by the states.

The Centre currently levies a total of Rs 19.48 per litre of excise duty on petrol and Rs 15.33 per litre on diesel.

On top of this, states levy Value Added Tax (VAT) — the lowest being in Andaman and Nicobar Islands where a 6 per cent sales tax is charged on both the fuel.