Rajya Sabha MP Swapan Dasgupta tweeted that he met Jaitley on Sunday afternoon and presented a copy of his book to him. 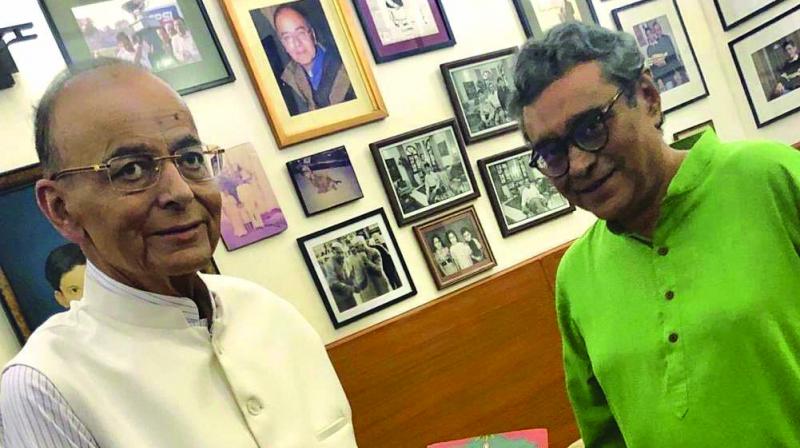 Rajya Sabha MP Swapan Dasgupta tweeted that he met Arun Jaitley on Sunday afternoon and presented a copy of his book to Mr Jaitley. In another tweet, he said, "Actually he is off all medication now. Just recovering his strength and working as usual."

New Delhi: The government on Sunday said reports on the deteriorating health of outgoing Finance Minister Arun Jaitley are false and baseles. Amid speculations on the state of Jaitley's health, government spokesman Sitanshu Kar took to Twitter to clear the air.

"Reports in a section of media regarding Union Minister Shri Arun Jaitley's health condition are false and baseless. Media is advised to stay clear of rumour mongering," he tweeted.

Jaitley's college friend and media person Rajat Sharma took to Twitter to dispel rumours. "Let me share with you that I met him (Jaitley) last evening, he is recovering well and is working behind the scenes.”

Rajya Sabha MP Swapan Dasgupta tweeted that he met Jaitley on Sunday afternoon and presented a copy of his book to him. “Questions about @arunjaitley health understandable. He is recovering from a bout of heavy medication. But he is still in terrific form and his wit is firmly intact. Needs a little rest to get back his strength. All our good wishes," he posted on Twitter.