Production of textiles and clothing in September also was down by 2.6 per cent and almost flat for the 6-month period. 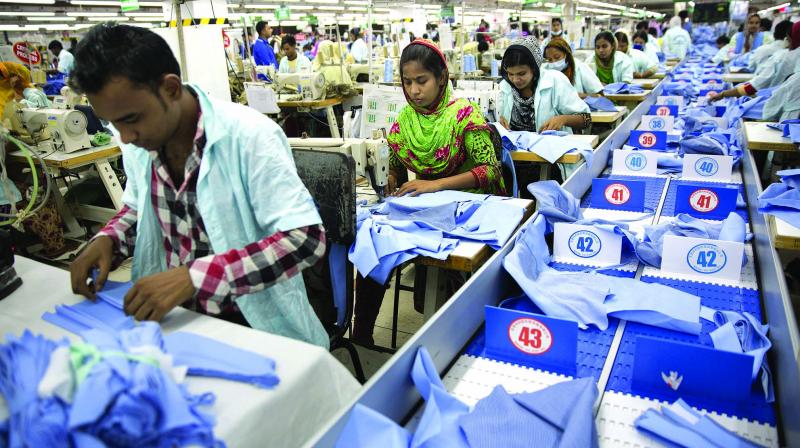 Chennai: Apart from handicraft products and jute products, all the other textile-related products continued their downward slide in exports in the month of October.  However, the industry expects that with the easing of trade tensions between the US and China, exports would see a positive growth by the end of the fiscal.

Cotton yarn, made-ups and handloom products were down by 6 per cent in October and by 12.5 per cent between April and October. Man-made yarn, fabrics and made-ups were marginally down for the month and declined 5.69 per cent during the seven-month period.

Production of textiles and clothing in September also was down by 2.6 per cent and almost flat for the 6-month period.

“The exports are still sluggish, but the drop has been lesser compared to earlier months. The trade tension between the US and China are easing and this has improved the Chinese imports, especially yarn. The GST refunds are also taking a longer time to reach the exporters,” said Sidharth Rajagopal, Executive Director, Texprocil.

Carpets witnessed the steepest decline in percentage terms — 16.87 percent. A saving grace was handicraft exports, which grew by 7.66 per cent. Jute product exports also went up by 9.75 per cent.

The industry expects that the exports will improve in the coming months and that it might see a positive growth by the end of the fiscal.

“If the US-China trade issues settle down, the demand would improve. Once the exporters receive refunds, their cash flow and bottomline will improve. They will be able to price products more competitively. If the cotton prices also remain range-bound, by the end of the fiscal we might see positive growth in exports,” he said.