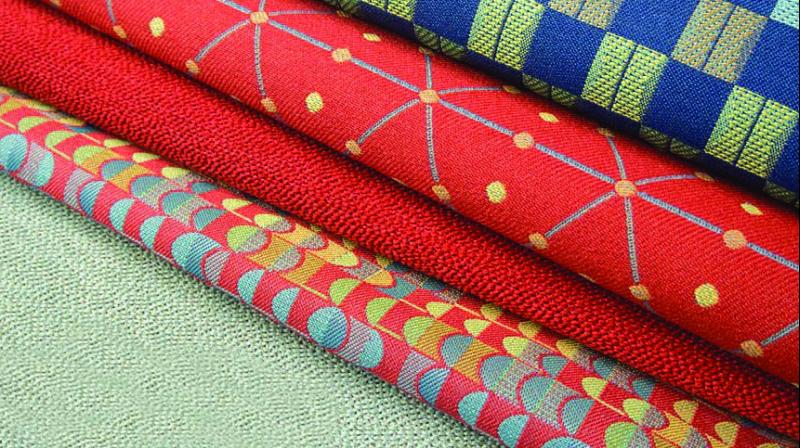 While imports of all products in the man-made fibre (MMF) value chain has steeply increased since the introduction of GST, destructing the domestic manufacturing industry, imports of polyester and viscose spun yarn have particulalry shot up multi-fold lately.

Chennai: While imports of all products in the man-made fibre (MMF) value chain has steeply increased since the introduction of GST, destructing the domestic manufacturing industry, imports of polyester and viscose spun yarn have particulalry shot up multi-fold lately.

In the one-year period between July 2018 and June 2019, there has been substantial rise in the imports of all MMF products. MMF yarn and apparel imports have gone up 83 per cent and 84 per cent, respectively. “The main reason is the removal of countervailng duty post-GST, which overnight made imports more than 12 per cent cheaper. Import duty on fabrics and garments was subsequently increased by the government to control imports, hence the import of fabrics has been relatively under control, but garments due to FTAs could not be controlled by this measure,” said Sanjay K. Jain, Chairman, Confederation of Indian Textile Industry.

According to him, the woes have further aggravated this fiscal as the imports of polyester and viscose spun yarn in quantity terms increased by about 71 per cent and 78 per cent respectively during April- July 2019 as compared to a year ago period.

“Rising imports are impacting the domestic MMF yarn and garments manufacturers in a big way. It is also not in favour of government’s “Make in India” initiative and is acting as a big disincentive for the upstream industry from investing,” he said.

There are certain structural issues like relatively higher fibre, power and interest rates, which have made the upstream industry costlier and hence attracting cheaper imports from other countries.

Further under the GST regime, MMF textile products suffer from an inverted duty structure as MMF fibre, yarn and fabric attracts GST at the rate of 18 per cent, 12 per cent and 5 per cent respectively. This has resulted in heavy blockage of working capital plus GST paid on capital goods, services and certain inputs being added to cost in the hands of the MMF textile buyer. These taxes are not considered for calculation of refund of input tax credits and made MMF textiles costlier.

The textile industry has sought rationalization of GST rate for MMF products at 5 per cent.

“India, despite having world class fibre manufacturing capacities, is losing out to competitors like Bangladesh and Vietnam who import their fibre requirements. The textile industry cannot meet its $350 billion target unless the MMF segment of industry grows at double digit rate in the years to come," added Jain.