Economists in a Reuters poll had predicted that the PMI would be at 55.8 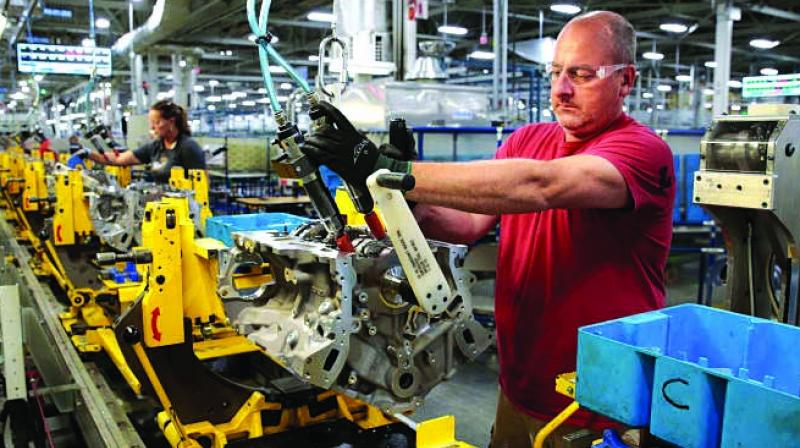 It was the 15th straight month the figure stayed above the 50-mark separating growth from contraction. — Representational Image/DC

New Delhi: Despite easing inflationary pressures and strong business confidence among firms, the factory growth in India dipped to a three-month low in September owing to a moderation in demand and output. The Manufacturing Purchasing Managers' Index, or PMI, compiled by S&P Global, fell to 55.1 in September from 56.2 in August, a survey showed on Monday.

However, economists in a Reuters poll had predicted that the PMI would be at 55.8. It was the 15th straight month the figure stayed above the 50-mark separating growth from contraction.

"There were softer, but substantial, increases in new orders and production in September, with some leading indicators suggesting that output looks set to expand further at least in the short-term as firms seek to fulfil sales contracts and replenish stocks," Lima said.

Besides, the survey also said that businesses benefited from a notable moderation in price pressures. "Input costs rose at the slowest rate in almost two years as suppliers' stocks improved in line with subdued global demand for raw materials,” she added.