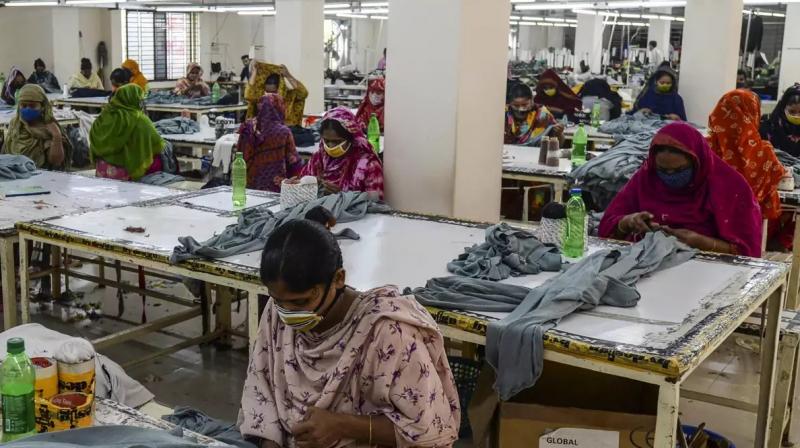 The gems & jewellery industry too is witnessing a surge in exports. (Photo: PTI/Representational)

Chennai: Gearing up for the festive season, consumer product categories, including garments, textiles, leather and gems & jewellery, have witnessed double-digit month-on-month growth in terms of online hiring in August.

Online hiring demand witnessed a positive growth of 24 per cent in August against July in these segments, according to Monster.com. Textiles and jewellery sales increase during the festive season. Apart from the festive season demand, the government’s approval of the PLI scheme for textiles is also improving hiring sentiments in the sector. According to the industry, large employment opportunities will emerge with new investments under PLI.

The gems & jewellery industry too is witnessing a surge in exports and it hopes to clock 12 per cent growth in domestic jewellery retail. Ahead of the festive season, the industry has been increasingly engaging the workforce to complete orders.

Production and manufacturing too witnessed an 8 per cent growth due to seasonal hiring. In terms of functions, marketing and communication witnessed 17 per cent month-on-month growth.

Overall, there has been a slight uptick in job posting activity in August 2021 with a 1 per cent increase compared to the previous month. Postings improved by 14 per cent in August against the same month last year.

Naukri.com’s monthly job market index JobSpeak too was up in August compared to the same period last year.

On a year-on-year basis, August indicated strong growth in e-recruitment activity in IT-hardware & software at 39 per cent, followed by shipping & marine at 37 per cent and telecom at 36 per cent.