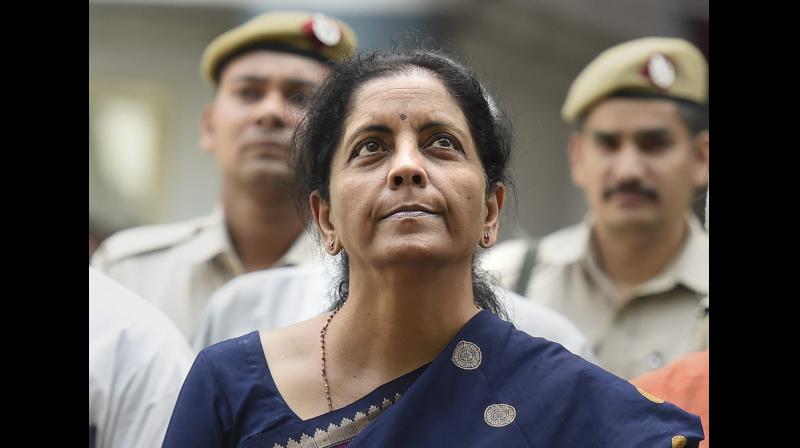 Sources said that the government's surprise rollback decision on small savings schemes is an attempt by the BJP to contain the fallout of the decision hitting the common man in the ongoing elections in West Bengal, Assam and other states. (Photo: PTI)

New Delhi: Old small savings deposit rates for fixed income investors will stay as the Centre on Thursday withdrew its decision to cut interest rates saying that the “orders were issued by oversight and shall be withdrawn”.

The decision to rollback was taken hours after the government announced the steepest cut in the rate on small savings schemes on Wednesday. The government, however, said the rate cuts are in line with the overall interest rate movement in the financial system.

Sources said that the government's surprise rollback decision on small savings schemes is an attempt by the BJP to contain the fallout of the decision hitting the common man in the ongoing elections in West Bengal, Assam and other states.

The “surprising move” to roll back the cut in rates was announced by finance minister Nirmala Sitharaman in an early morning tweet on Thursday.

"Interest rates of small savings schemes of GoI shall continue to be at the rates which existed in the last quarter of 2020-2021, ie. rates that prevailed as of March 2021. Orders issued by oversight shall be withdrawn. This has the approval of competent authority," she said.

Taking a dig at the finance minister, the Congress said one can imagine the functioning of the economy when such a duly approved order affecting crores of people can be issued by an "oversight".

The ministry of finance had, on Wednesday, announced a cut in small savings deposit rate from 4 per cent to 3.5 per cent for the first quarter of the financial year starting April 1, 2021. Giving a blow to small savings depositors, the Centre had slashed interest rates on post office deposits, public provident fund and others by up to 1.1 per cent or 110 basis points.

Interest rates for small savings schemes are notified on a quarterly basis. However, Wednesday's decision to cut interest rate by up to 1.1 per cent across various small savings schemes, including the NSC and PPF, came a day before the second phase of polling in West Bengal, including the political hotbed Nandigram, from where West Bengal chief minister Mamata Banerjee is contesting.