According to industry experts, the ongoing September quarter is also witnessing an upward trend in shipments. 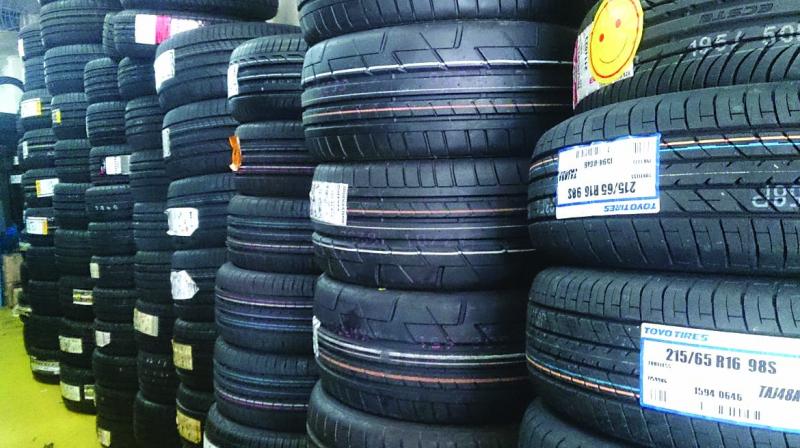 Tyre exports have picked up in June quarter as Indian manufacturers are trying to ultilise the trade war opportunity.

Chennai: Amidst the gloom in the domestic market, tyre-makers have something to cheer about. Tyre exports have picked up in June quarter as Indian manufacturers are trying to ultilise the trade war opportunity.

In volume terms, overall tyre exports went up by 18 per cent to 28.29 lakh units in June quarter against 24.03 lakh units against the same quarter last year. According to industry experts, the ongoing September quarter is also witnessing an upward trend in shipments.

According to Rajiv Budhraja, Director General, Atma, in view of original equipment slowdown leading to low off-take of tyres, several tyre industry players have sharpened focus on exports in Q1 which has resulted in robust export performance. Moreover, Chinese exports to the US have been under stress, leaving room for other countries to increase their exports. Indian manufacturers have successfully utilized this opportunity.

Indian-made tyres are being exported to more than 100 countries, including some of the most discerning markets. The US is the largest export destination for Indian manufactured tyres accounting for 13 per cent of total export turnover.

But going forward, the growth may not be sustainable since global economic and trade environment is constricting and international trade is showing signs of stress. However Indian manufacturers will continue to find newer markets and innovative ways to push exports, he added.

Despite higher exports, overall tyre production in June quarter has remained in the negative zone with a 4 per cent decline to 152.40 lakh units from 159.19 lakh units in the year-ago quarter. Truck and bus tyre production witnessed flat growth during Q1 of FY 20 at 51.68 lakh units.

Continuing the declining trend as noticed in the last quarter of FY19, passenger car tyre production continued to remain in the negative territory in Q1 of FY20. From 108.24 lakh units in Q1 FY19, production declined 7 per cent to 100.85 lakh units.

Motorcycle tyre production that weathered the slowdown successfully during FY19 is witnessing a decline in the current financial year. Production shrunk 6 per cent to 57.25 lakh units from 60.93 lakh units in last quarter.