Born in 1941 in war-torn Calcutta, Dambar Bahadur Budaprithi was re named “Louiz” to fit into the anglicised world of nightclubs 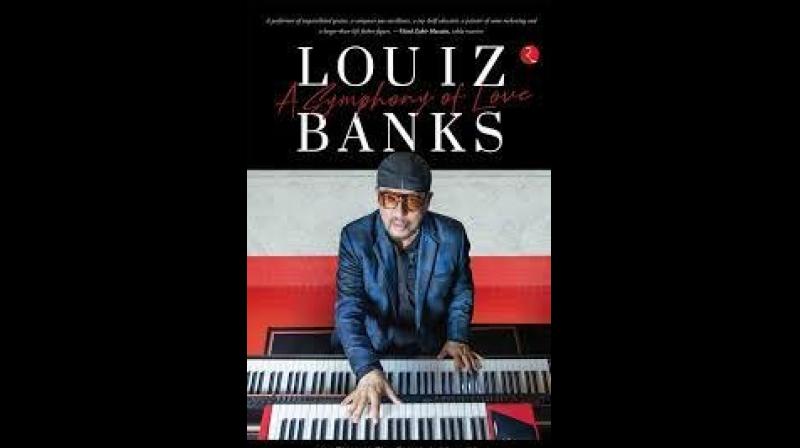 Banks worked mainly for R.D. Burman, (Banks terms him the “Mozart of India”) Laxmikant Pyarelal, then Bappi Lahiri, till around the early 1990s. — By arrangement

Louiz Banks occupies a unique place as an Indian musician — equally celebrated as an innovative jazz artiste, playback musician for Hindi movies and composer. His journey, beginning in Calcutta, is a fascinating one. Ashis Ghatak’s book is a labour of love, tracing his life meticulously, with reverence and thoroughness; his ability to accurately portray the unique musical ambience of Darjeeling, Calcutta and Bombay during the periods he covers is delightful.

Born in 1941 in war-torn Calcutta, Dambar Bahadur Budaprithi was re named “Louiz” to fit into the anglicised world of nightclubs for which his father trained him. His early years in Darjeeling where he was trained in Western classical music appear to have left a strong impression on the shy introverted boy Louiz was; the book traces his journey from Darjeeling to Kathmandu until the greener pastures of Calcutta beckoned. Playing at the Golden Peacock, in the newly opened Hotel Hindustan International, Louiz came to be an integral part of the cosmopolitan nightlife of Calcutta. The uncertainty of the profession resulted in Louiz moving to Bombay to try his hand in the thriving world of film music.

Holding his own musically amongst Indian classical musicians too, Louiz Banks was an integral part of the world of playback film music. He worked mainly for R.D. Burman, (Banks terms him the “Mozart of India”) Laxmikant Pyarelal, then Bappi Lahiri, till around the early 1990s. He also composed music for films, and later for theatre productions. In the same period, his love for jazz remained; he formed a jazz fusion band entitled Jazz Yatra Sestet. Quoting Louiz, “the new band gave me international exposure”. This group was later renamed Sangam. Though the band only lasted a few years, they toured Europe with about 60 concerts; a later, 1990s avatar was the band Silk (named after Shankar, Sivamani, Sridhar, India, Louiz and Karl Peters). In the 2000s, Banks joined the band Cross Currents; his has an admirable ability to remain relevant musically amongst a younger generation.

But perhaps the biggest success financially for Louiz Banks was in the world of advertisements, including the immortal “Mile sur mera tumhara”. Banks’ unique ability in this arena is verbalised thus: “Unlike many Indian classical maestros Louiz could project his music… he could mould his music into a variety of forms. He understood where the music was coming from, what he needed to change and what after effects it was going to have in terms of musical communication.” He was also prolific; sometimes making five jingles a day, yet never being repetitive. On this, Louiz says “I learnt the ability to erase everything that I did and get on to the next project.”

The book is written in an anecdotal breezy style; music aficionados will enjoy the trivia on RD Burman’s love for chillies and chess, and Banks jamming with the great Dizzy Gillespie in Washington.  Banks is portrayed as a simple, self-effacing man with a wry sense of humour, with his feet firmly on the ground. His struggle is awe inspiring “I had to carry the piano and climb up and down three storeys in the morning and evening.” Acclaimed by such diverse musicians as Ustad Zakir Hussain (incidentally, he has written a heartfelt foreword to the book) Shankar Mahadevan, and Braz Gonsalves, Louiz Banks straddled and ruled several different worlds with ease.

The book’s ponderous attention to detail, and unusual use of words detract from the overall pleasure one derives from it. Referring to Zakir Hussain as Pandit not Ustad; mistakenly calling the band Shakti’s violinist L. Srinivas instead of L. Shankar should have been avoided. But overall; these are tiny irritants; the book is a must read for anyone interested in India’s non classical musical history from about the 1960s to date; the book is not confined to Louiz Banks’ journey.

A Symphony of Love — Louiz Banks