Where insurgency has endured in Pakistan

Balochistan’s accession to Pakistan is as controversial as that of J&K in fact, even more so. 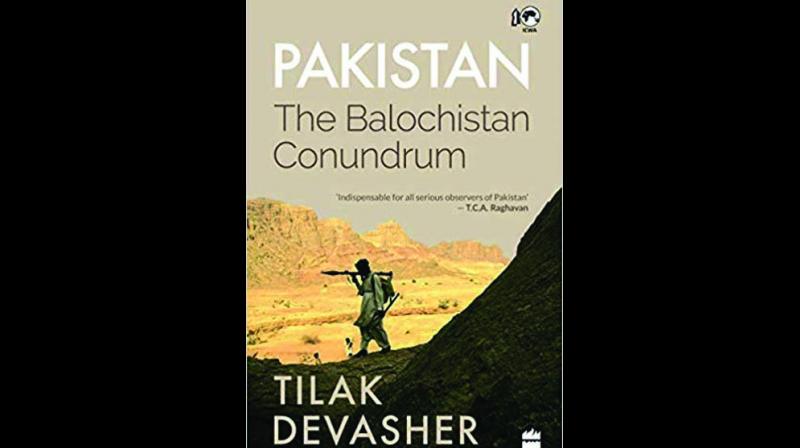 As Pakistan scrambled — and failed — to whip up international support over Delhi’s abrogation of Article 370, which effectively makes the accession of the state of Jammu and Kashmir to the Indian Union all but final, its own track record on the festering sore that is the Baloch insurgency — Pakistan’s own J&K — is the subject of a fascinating and well-researched book that is a must read for those invested in the India-Pak region.

Given the scale of the protests by Balochis on the streets of New York, at the recently concluded UNGA meet, the matter of whether Balochistan will go Bangladesh’s way is moot. That’s one reason that Pakistan: The Balochistan Conundrum by former government servant Tilak Devasher, on the genesis of Baloch nationalism, is a compelling read. Apart from being a superb primer on the 70-year-long violent, secessionist movement in Balochistan that has refused to die down, it begs the question, of course, that with the imminent return of the Taliban to the Afghan game, and Pakistan’s continued attempts to destabilise India through continued terror attacks on J&K, and possibly now Punjab, why Balochistan is a card that India has never played. Pakistan’s claims of Indian interference, notwithstanding, the arrest of alleged Indian spy Kulbhushan Jadhav, under the patently false charge that he was caught in the border town of Mashkel near Chaman in Balochistan and not Iranian waters as India claims, does get a mention in
the book. It is the Jadhav case — clearly long before the author even began working on the book - that adds immensely to interest in the ongoing insurgency.

Balochistan’s accession to Pakistan is as controversial as that of J&K in fact, even more so. The role that Pakistan’s founding father Mohammed Ali Jinnah played in ensuring that the Khan of Kalat (as Balochistan was known) acceded to Pakistan is the real eye-opener. Jinnah, Pakistan's Sardar Patel? In the chapter entitled “Accession to Pakistan”, Devasher sets out the genesis of the forced accession. The questions that arose about the status of Kalat were mirrored across British India in one princely state after another. The Khan of Kalat never considered himself to be a part of the British Indian Empire and was, until 1937, in the same category as Nepal, Bhutan and Sikkim.

But in June 1947, Mr Jinnah not only assured Kalat “of the continuance… of its independent status”, it was followed in August 1947, with a round table conference in Delhi, attended by Viceroy Lord Mountbatten, Jinnah and Mir Ahmed Khan, the Khan of Kalat, where it was announced that the Kalat Khanate would be an independent sovereign state as of August 5, 1947, with “a status different from that of Indian states”. The rulers of Kharan and Lasbela were told that control of their “regions” had been transferred to Kalat, and similarly the Marri and Bugti tribal regions, bringing the whole of Balochistan under the suzerainty of the Khan of Kalat. And this is where it gets interesting. Mountbatten did not sign that communique, writes Devasher, while Pakistan's signature on the agreement was “in bad faith”. As matters worsened, the Khan, apart from wanting to secure independence, had reached out to Iran and Afghanistan, as also India, proffering a merger. The Khan's negotiations with the Indian government in August
1947, where he sent emissary Ghaus Baksh Bizenjo to meet Jawaharlal Nehru and Maulana Abul Kalam, only for V.P. Menon to go on All India Radio and openly dismiss his plea for accession to India, saw the Khan revert to wooing Jinnah. The Muslim League in late August 1947 even acknowledged the independence of Kalat. Despite the close personal relationship between Jinnah and the Khan, who contributed richly to the League's coffers, the feudatories of Kalat, Makran, Kharan and Lasbela acceded to Pakistan. The Khan's protest that the feudatories had no separate status outside Kalat was ignored. On March 27, with Jinnah as Pakistan’s Governor General, Pakistan forces invaded the Khanate of Kalat, escorted the Khan to Karachi and forced him to sign the instrument of accession, “ending the 227-day independence of the Kalat confederacy formed by Mir Ahmed Khan's ancestors almost 300 years ago…”

The role played by Britain — who backed the Pakistan Lashkars’ takeover of Pakistan occupied Kashmir and Gilgit and Baltistan — was replicated here. Quetta and the Bolan Pass, important points on the strategic route to Persia and Afghanistan, could not be given up. An independent Balochistan would spell the end of access to the region’s rich mineral reserves. The British who believed they could maintain imperial forces and administer a separate territory that ran from Gilgit Agency to Balochistan directly from Britain, soon came to the realisation that it would be easier to control a sparsely populated Balochistan, within Pakistan. The rise of the Soviet Union, an anti-imperialist movement in Iran against the pro-British King Reza Shah, a pro-Soviet Afghanistan and control of the Persian Gulf became the other influencers.

Devasher ends the chapter by linking the standstill agreement that Pakistan signed with Kalat on August 11, 1947, and the Maharaja of Kashmir, also in August 1947. Pakistan broke both these agreements.

The chapters that follow are on why the Baloch people are still unable to put the accession behind them and fully accept their status as a Pakistani province. Quoting author Martin Axmann, Devasher writes: “The death of the state was the birth of the nation. The Baloch lost their national homeland and turned into a marginal ethno-linguistic minority of Pakistan. This situational switching wounded the Baloch nation. It produced a conflict between the dominating national group of Punjabi-Pakistani and the dominant sub-national group of Baloch.” In the years that have followed, a Baloch insurgency born from anger at the forced accession has fuelled an insurgency that the Pakistan army continues to battle to this day. The killing of Nawab Akbar Khan Bugti in 2006 in a cave was a red rag to the Baloch bull, already bristling at the forced disappearances and the Pakistan military’s kill and dump operations, and the ceding of Gwadar port and large tracts of territory and assets to China under the China Pakistan Economic Corridor without their consent.

Separatists like Brahamdagh Bugti, grandson of Akbar Bugti, who back the fight by Baloch tribesmen for a homeland are ranged against Baloch politicians, opposed to violence and separation from Pakistan, and preferring greater provincial autonomy. Neither Iran nor Afghanistan — where many Baloch have taken refuge — back secession. With India, its lack of a contiguous border with Balochistan makes this an impossible card to play. For Pakistan which under Prime Minister Imran Khan has made Jammu & Kashmir a do-or-die battle against India, it may be time to clean up house first.

Pakistan: The Balochistan Conundrum is a must read in these trying times..