Books   10 Oct 2021  Book review | Of teachers, creativity, change and other forces that mould us
Books

The story traverses the lives of different social groups, making a comment here and there about the changes in society 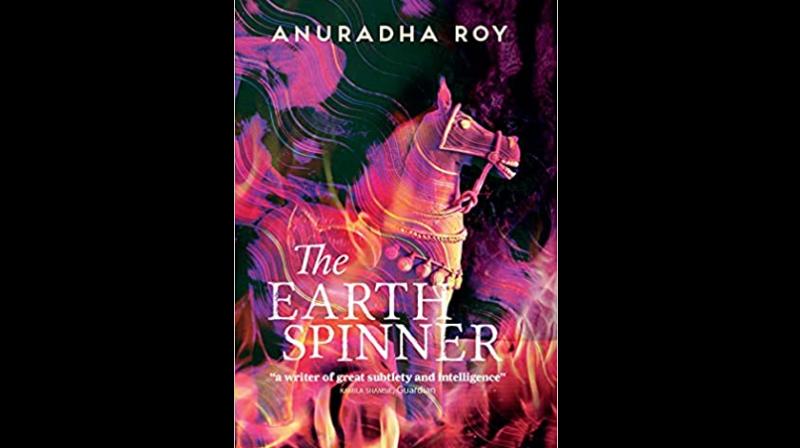 This poetically told tale delicately beguiles the reader into the narrator’s world.  It is mostly the story of a man (and a woman!) who defies static mores and chooses pottery and love over social stability and sanction, and of the family whose lives meet his at various supportive intersections. There is a love story, suspense, a whiff of brutal crime, communal clashes, all a part of the general disruption and changes taking place in our democracy in flux.

The story traverses the lives of different social groups, making a comment here and there about the changes in society. There is a family which loses wealth owing to the lack of pragmatism and attitudes of unthinking generosity by its forbears. Yet upon becoming more interestingly middle class, they do not lose the decency and humanity of these forbears.  There are people who rise from poverty through education and face the struggle to not lose an intangible heritage to the demands of upward mobility.

Roy blends viewpoints and stories from different worlds with effortless grace and compelling movement as she takes us through time, class, cultures and mores. She does this with a remarkable lightness of hand and subtlety and above all, without lecturing to the reader. Normal people, normal lives flipped around in a moment by a riot caused by something transient and inconsequential. The darker forces of property sharks and other vested interests converging to fan underlying prejudices, like the narrator’s father’s explanation of the shifting tectonic plates under the Deccan Plateau. The universal absurdity of prejudice, gratitude for unusual teachers, sibling confusions of differences and caring, friendships, complicated and uncomplicated, all of these play in the background.

It is told through the eyes of a girl who tells us towards the end of the book, “The play is memory… Being a memory play, it is dimly lighted, it is sentimental, it is not realistic. In memory everything seems to happen to music. That explains the fiddle in the wings. I am the narrator of the play and also a character in it.”

But despite Roy’s narrator’s protestations about it not being realistic, one of the best things about her novel is that the people and the situations are very real.  The author knows these people and brings them to the reader as people the reader would have probably met too, the descriptions of middle class life not made exotic but described with the affectionate interest of the viewer. The narrator’s memories intertwine the stories of different people, giving the whole that sepia feel.

Roy’s characters have their human imperfections so we can identify with them, like or dislike them with the ease with which we meet people in our daily lives.  This draws us into the lives of the people on these pages, awaiting, with bated breath, what fate might have in store for them.

The story is also a charming ode to pottery with a nod to calligraphy, two traditional Indian crafts being edged out by the demands of modernity, but also, like the people in the book, finding new ways to survive. Gently revealed unpleasant surprises leavened with dashes of humour, it is peppered with phrases like, “her voice was smooth and warm. Like rum…” or, “he would buy a plate of Raju’s goat meat, succulent chunks he probably cooked up with engine oil and chilli paste”. Roy’s descriptive powers are crisp and subtle. The social commentary is sharply enjoyable as when she points a caustic finger at the distinction between the troubles of the privileged and the less privileged, noting, “… they had feared death, not social exclusion”.

Change, though, is the necessary ingredient that it’s important to adjust to and also from which springs hope. This is embodied by characters like Chinna the dog who understood change, and therefore was smarter than a human who could not adjust to loss. As the father of the narrator says, “change was the work of the earth spinning, spinning as it always had”.

The Earthspinner (pp. 223) by Anuradha Roy is priced at Rs. 599 and published by Hachette.

Nayantara Roy is a lawyer practising in Delhi