Fast paced, the book, though a work of fiction, has been well researched and with historical sources cited 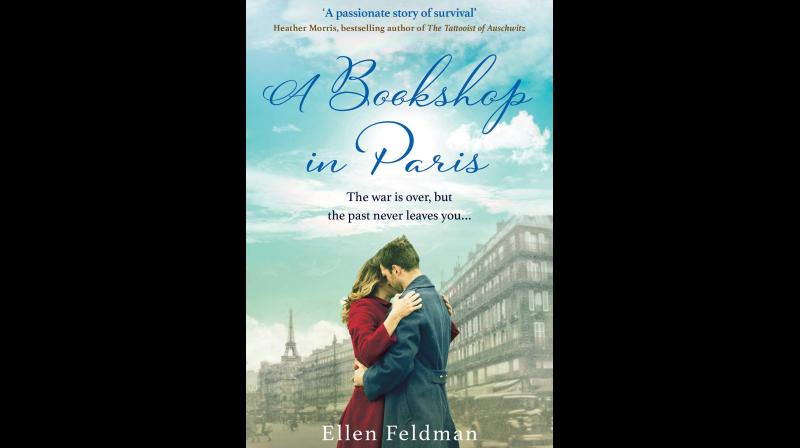 The book comes with a list of questions for reading club discussions. (Photo: Amazon)

Everyone has a story and sometimes this story is made up of several stories culminating in one major narrative. This narrative is what we tell ourselves and so often that we believe it. Not only does it promote a perception of ourselves but more importantly, it’s how we want others to perceive us. This narrative not only shapes our self-concept but also helps us in approaching relationships, situations and decision-making.

Charlotte Foret, the main protagonist in our story has such a narrative. It helps her and her young Vivi to survive not only the latter stages of the war but also lead a more fulfilling life after liberation.

Charlotte works in a bookstore in Paris in 1944 and virtually runs it as the owner is called up to the front, captured by the Germans and send to a labour camp. The bookshop, Librarie de Bruyere, owned by her father’s old friend Etienne de la Bruyere, has been her favourite haunt since childhood and it was only logical that she would begin to work there after her master’s degree in English literature from the Sorbonne. The shop like other bookshops in Paris before the war, had become a focal point for cultural interaction. But the war changed all this and the Nazi Occupation of Paris changed it even further. Her father a left-wing publisher with his own imprint, Editions Aumont, could not bear to compromise the integrity of his imprint under the Nazis. He preferred the option of closing down his imprint rather than make a “deal with the devil”. He had managed to flee before being arrested. This was similar to the closure of the iconic “Shakespeare & Co” bookshop by its owner Sylvia Beach in protest against the Nazi Occupation of Paris.

But Charlotte could not exercise that option. She was not the owner of the shop but even more importantly, the shop had to be kept open by her and her assistant Simone to earn whatever meagre income they could to eke out a bare living in difficult times. But running the bookshop under the watchful eyes of the Nazis was fraught with danger. There is a ‘Liste Otto’ or Otto List, an official list of French books banned under the Nazi Occupation. Stocking of books on the list in the shop, would invite confiscation, arrest and closure of the shop. It could also mean transportaion to a concentration camp. While Charlotte hoped she may be spared the last option as she was Catholic, Simone was a Jew, who had to have the yellow six pointed Star of David sewn prominently on her jacket and risked instant arrest and deportation. Yet, both Charlotte and Simone kept a few of the books in the Otto List scattered around the shop, their subtle gesture of defiance.

The moment of reckoning comes when a German officer of the Wehrmacht becomes a regular visitor to the shop. He is polite, quiet, speaks French and is always browsing. Charlotte is with her daughter Vivi, a badly malnourished Vivi for there is almost nothing to eat in the stricken city. While Charlotte is fearful of the German’s presence, he seems to be fond of books and reading. One day the officer comes to the cash till with a book in his hands. Mechanically, she runs up the bill and gives him the change. It’s then she notices the book. It’s by Stefan Zweig with a section on Freud. Books by Jews and on Jews are forbidden and this is both! While Feldman does not mention the title, we can safely conclude it’s The World of Yesterday. Charlotte feels it’s a test and is fearful of arrest. The German reassures her and they enter into a conspiracy of silence.

Now begins an intense relationship with the Nazi. She learns that he is Julian Bauer, a doctor more given to saving people than exterminating them. But it is his kindness towards Vivi that wins Charlotte’s heart. Finding her sick and malnourished, he brings medicines and food for her. He tells Charlotte that Germans are a much better people than what is portrayed by the Nazis. Deprived of love ever since Laurent, Charlotte’s husband and Vivi’s father got killed in the car, Charlotte enters into a passionate affair and finds Julian is circumcised! He soon confesses that he is a Jew and is in the German army with false papers.
While powerless to prevent a Jew professor from arrest in the shop, Julian does come through with help for Simone when she is arrested for wearing the Star of David with press studs rather than it being sewn on. He manages to send a food packet for her but is unable to prevent her transportation to a camp.

As Germany begins to lose the war and the Nazis begin leaving Paris, Julian hatches up a desperate plan to save Charlotte and Vivi. He drives them to a deportation camp for Jews at Drancy, a nearby town. That’s the last Charlotte sees of him. When the camp is liberated, Charlotte and Vivi are mistaken for Jews and Charlotte allows the deception to continue.

Along with Vivi, she is finally sponsored by Horace Field an American publisher in New York and a friend of her father’s. He runs the publishing house Gibbon & Field where she is employed as a senior editor on the strength of knowing four languages.

In New York, Charlotte becomes a naturalised American but her past continues to haunt her. She is fearful of being denounces as a “collabo” or collaborator with the enemy. She had met Simone in Paris after she had been freed and their relationship was never the same as Simone resented her relationship with Julian. Her guilt over Julian continues after she learns that he has escaped and is living in exile in Bogota.

Though she gives a good character certificate to the Jewish rabbi in Bogota, it’s Julian who is unable to bear his tormented past and commits suicide. Charlotte is haunted by his memory as he wills his medical certificate from the University of Heidelberg to her.

She finally confesses the details of their wartime life in Paris to Vivi and tells her they are not Jewish.

Encouraged by Horace who has fallen for her and who himself has a past during the war which rendered him a paraplegic, she leaves for a two week tour to France to source manuscripts and to finally lay the ghosts of her past.

Fast paced, the book, though a work of fiction, has been well researched and with historical sources cited. It comes with a list of questions for reading club discussions.

A Bookshop in Paris