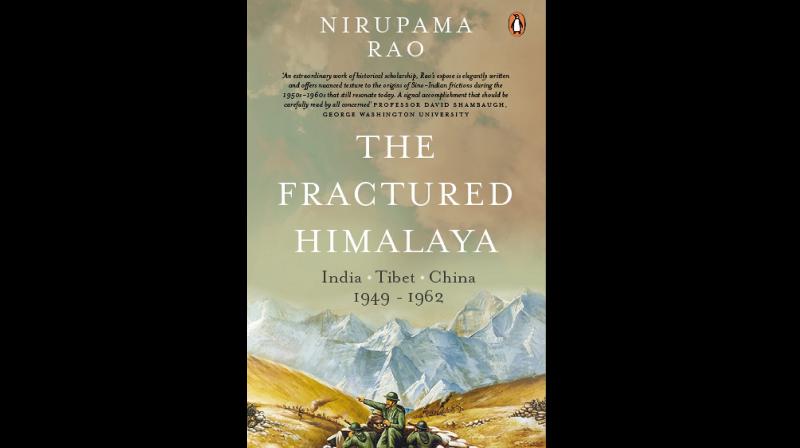 For India, China has been a problem for decades, even at a time when the world was fawning on that country for its growing economic clout and seemingly unending supplies of cheap goods. (Amazon Photo)

An aggressive, expansionist China today is the number one concern of most of the world. Its unilateral actions in the South China Sea, its naval forays into the Pacific and Indian Oceans, its constant intimidation of Taiwan and bullying of several nation states in Asia has become a source of global disquiet. Nations are being compelled to gang up to contain this belligerent giant that has acquired phenomenal economic power during an astonishingly brief period.

For India, China has been a problem for decades, even at a time when the world was fawning on that country for its growing economic clout and seemingly unending supplies of cheap goods. The Galwan skirmish which led to the killing of an Indian Army colonel confirmed New Delhi’s worst fears about Beijing’s combative assertion of its manifest destiny.

The ensuing conflict between the world’s two Asian powers seems destined to be a defining process for global geopolitics. And to understand this conflict, one needs to return to the events that shaped it. Author, former Indian foreign secretary Nirupama Rao’s brilliant magnum opus The Fractured Himalaya: India Tibet China 1949-1962 is all about this critical issue that needs to be understood not just by Indians but by policy makers all over the world. For, in the past, the India-China War of 1962 and the continuing tensions between the two countries have often been dismissed as India’s fault by Western scholars.

The issue is not that simple as secretary Rao’s book amply demonstrates. Yes, the Indian leadership, specifically Jawaharlal Nehru, the then Prime Minister of India, did make mistakes. His warm fuzzy view of solidarity amongst newly independent nations shrugging off their colonial pasts belonged to la-la land and found no resonance amongst China’s leaders hardened by years of war and struggle. Things could have been different; perhaps even the war could have been averted. But to assume the fault lay with India is to commit a colossal blunder and disregard the inherent danger posed by Beijing’s worldview, one that has hardened in recent times under the leadership of Peoples’ Republic of China (PRC) president Xi Jinping.

“If there is one conclusion that could be a takeaway from the history of the period from 1949 to 1962 for India and China, it is that there can be no easy explanation of what went wrong in their relationship”, writes Rao. “Jawaharlal Nehru saw the need for friendship and mutual understanding between the two nations but within himself, he also sensed the challenge posed to India by a China wishing to assert itself on the global stage and ‘reclaim’ what were seen as historically ordained, sovereign rights on her periphery.”

Rao does not condemn Nehru for the choices he took and admits choices for India at that time were circumscribed by various factors, not the least was the urgent need for Indian nation building. Yet, Rao cannot but point out that “Nehru erred, in an act of omission, in ignoring his better instinct to raise the issue of India’s border with China and its confirmation during the negotiations for the 1954 Agreement that acknowledged Chinese sovereignty over Tibet… In retrospect was the 1954 Agreement little more than a ‘scrap of paper’? Its high-sounding tenor of peaceful coexistence between India and China, had little by way of substance or meaning for their relationship today — a relationship characterised by ‘combative’ coexistence”.

The author hits the nail on the head with her profound remark: “Did India understand that even if provocation is to be avoided, grasping the nature of ‘power’ is the golden rule of diplomacy? Did Nehru understand the ‘art of the deal’, that diplomacy must combine a healthy dose of reason with emotion?” On the contrary Nehru displayed ‘irascibility’ when confronted by cautionary points of view. At the same time, Nehru directed “his officials to show the external boundaries of India as defined and settled, despite the fact that this was a unilateral decision not confirmed by any bilateral agreement to help consolidate such a move.”

There is of course much more to this history, not the least of which is China’s dubious machinations, its stealth in acquiring territory in Ladakh, its ruthlessness in invading and pacifying Tibet and its strategic opportunism in consummating ties with Pakistan in 1962. Nehru’s ultimate mistake, the author concludes, “was to assume that the Chinese leaders thought and acted in ways he could understand”.

This book is about history. Yet, it is not about the past in the sense that the story that author Rao is recounting is yet to conclude. The Galwan incident was one pointer.

Moreover, as she points out: “China’s near-autistic sense of entitlement which her adversaries can only view as hubris fired by insecurity, and her abandonment of the Panchsheel principles in relations with India (as with most countries), has only accentuated with time. The two countries are still writing the second act in the story of the life of their relationship.”

This is precisely what makes this exceedingly well researched and written tome of immense relevance. Anyone even remotely interested in Asian geopolitics cannot afford to miss this work.