Books   03 Jul 2022  Book excerpt: How I got the scoop on Lalit Modi’s BCCI exit and went on to broadcast it
Books

That night in April, however, was different. The caller, I have to say in hindsight, influenced the decision-making to a large extent 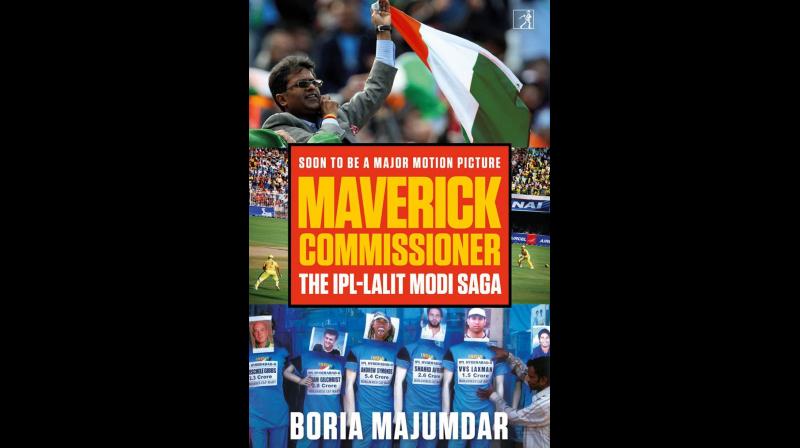 It was around 8:30 pm on 25 April 2010 and the final of the 3rd edition of the Indian Premier League was on at the Wankhede Stadium in Mumbai. With Sachin Tendulkar’s Mumbai Indians taking on Mahendra Singh Dhoni’s Chennai Super Kings, it was one of the biggest clashes of the Indian sports calendar. The IPL had been in the news for a slew of wrong reasons for the past few weeks and each one of us were looking forward to this game to refocus our energies on the action in the 22 yards. I had been in Mumbai for close to a month doing television work and was looking forward to the final, also because it meant I would be able to fly home the next morning for a much needed break.

Little did I know what was to come.

In fact, to mark a very successful season of coverage I had met up with the editor of the television channel I consulted with, and we were having dinner at his house when the phone buzzed. The number that flashed on the screen was that of one of India’s leading sports administrators and it was interesting he would call at that time. He was considered close to a number of political bigwigs in Delhi and it was natural I would take the call.

“Aap suniye meri baat,” the conversation started in a rather abrupt manner. There were no pleasantries, no “aap kaise hai?” or “What’s going on?” The man on the other end of the line had moved straight to the point. “I am going to read out to you the suspension order of Lalit Modi. He will be handed the suspension order the moment the prize distribution is over. You can break the story and go on with it but let me tell you my phone will be switched off and I will not be reachable. The story is 200 per cent correct and has come from the highest quarters. If you don’t want to do it, that’s fine as well. But because you are close to me, I decided to call you.”

It often happens in journalism that stories like these are planted. As one who has been around for a decade and more, I had learnt to distil what is right and what is a plant. This, from the face of it, seemed to be a correct story. It is also important to state at the outset that every story like this is a leak. Has to be for someone or the other in the inside lane who passes on the information. Having said that, there were some caveats. The man at the other end wasn’t going to own up to the story as a source. He wouldn’t be reachable for a while in case I needed any further clarification and finally I did not have documentary proof to go with. The physical copy of the letter wasn’t with me and all I had was the call during which the suspension letter was read out to me. Also, I hadn’t recorded the call because it’s unfair to do so without informing the caller.

“Aapko mein bol sakta hoon this is going to be the biggest story in India. Abhi aap dekh lijiye,” he said before hanging up.

The food, alluring to say the least, lay spread in front of me. My favourite chicken biryani and prawns which were to die for. At least till a few minutes earlier. All of a sudden, however, the appetite had gone. When prawns cease to interest me, something is clearly wrong! My mind had started buzzing. For a journalist this was a huge story. Lalit Modi, the undisputed czar of the IPL, being shown the door by the Indian cricket board for all the alleged wrongdoing. Alleged because nothing had been proved. And 11 years later, it is still the same. Not that it was unexpected. Whatever had transpired since Modi had tweeted the name of Sunanda Pushkar on 11 April as a sweat equity holder of the Kochi franchise, it was actually a logical conclusion of a battle that was going to cost Modi his career and his position.

The first call that I had to take was whether to inform my editor or not. I was a consultant and a story of this nature needed support from the top management. If I had to do it, I would have to take him into confidence. While going back to the prawns, my mind had moved to the story. Perhaps it was time to take a chance. Also, there was a personal angle to this. Lalit Modi and I had been on opposite sides for a while with Modi cancelling my accreditation for the very first edition of the IPL in 2008. In fact, I may have been the only journalist to have his accreditation cancelled in 2008 for a start-up that was in need of quality media coverage. To add to the acrimony I had filed a case of defamation against Modi when he had falsely alleged that the BCCI had paid me Rs.52 lakhs for a project in 2003–04. There was baggage between the two of us. For a journalist, however, such baggage can never be the deciding factor. The story had to be done on the merit of it and the call that I had to take was if the story was correct. If it was, it needed to be broken and broken big. If not, I shouldn’t even mention it.

Since then, however, Lalit and I have become friends for what it’s worth. When I say friends, I must clarify a little more. As a media professional, you can only be friends with someone in Lalit’s position up to a certain point and no more. You always need to be objective and all I can say is the relationship has turned civil and the acrimony is no longer there. We have met on a number of occasions and have also done a few interviews. And needless to say, there has always been respect for what Lalit had done with the IPL.

That night in April, however, was different. The caller, I have to say in hindsight, influenced the decision-making to a large extent. He had been a trustworthy source for close to a decade and we had worked closely during a BCCI election as well — me as a journalist covering it while he was the principal election strategist. For him to lie to me or mislead me looked a farfetched proposition. Frankly, he had no reason to do so and in a relationship of trust he wouldn’t want to do anything to harm me.

The decision had been made and I had made up my mind to do the story.

Excerpted with permission from Maverick Commissioner: The IPL-Lalit Modi Saga by Boria Majumdar, published by Simon and Schuster India