Majority of the political parties are approaching Minorities only as monolith voters rather than as potential candidates. 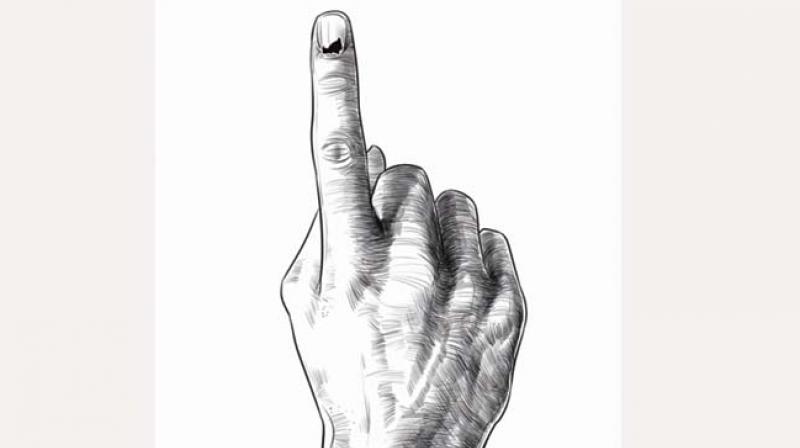 Nothing can be achieved if minorities are not offered an opportunity to lead the country.

Undoubtedly, the political representation of Muslims is under increased pressure in Indian democracy. In this context, the political parties of India have to first tackle two key challenges: how to reinvent itself to relate to electorate and emerge as a tool to represent the interests of the whole; and how to restore democratic sense of inclusion, particularly among Muslims forming 14.5 per cent of India’s population. If these challenges are not addressed timely, there is every possibility of minority citizens becoming irrelevant and disappearing from the political map of the country.

For long, political parties in India maintained a careful balance by assuring the fair representation of minorities both in the party fold and legislative bodies. But the recent trend shows that the political representation of minorities and Muslims in particular has been set in stone. It can be seen in the lowest ever representation of Muslims in the Parliament with 22 MPs forming 3.5 per cent of the total strength of 16th Lok Sabha (2014-2019). Previously, the gap between the size of Muslim population and their representation in Lok Sabha was fairly maintained. For instance, Indian Parliament has seen the upward increase of Muslims from two per cent in 1952 to 10 per cent in 1980 (highest so far). From 1984 to 2009, the strength of Muslim MPs remained between the ranges of eight per cent to six per cent.

The decline is equally noted in the state assemblies. Comparing the assembly elections from 2013-2015 with their previous elections for 968 assembly seats in Maharashtra, Haryana, Rajasthan, Madhya Pradesh, Chhattisgarh and Delhi, we noted the decline of Muslim representation from 35 per cent to 20 per cent. In 2018, only one Muslim candidate won in Chhattisgarh, two in Madhya Pradesh, eight apiece in Rajasthan and Telangana. The representation of Muslims in UP Assembly has declined from 17 per cent in 2012 to six percent in 2017.

In 90 of India’s total 675 districts, Muslims are more than 20 per cent. There are 85 Lok Sabha constituencies where Muslims constitute more than 20 per cent. In the 720 of the total 4,121 Assembly constituencies, Muslims are in decisive number. Muslim electorates are in good position to turn the fate of candidates and parties in good number of constituencies. But against the prevailing notion, Muslims do not vote en bloc. Their aspiration to participate in the electoral process equally and politically is increasing despite denials. It is seen in the increased number of Muslim candidates from 819 in 2009 Lok Sabha election to 882 candidates in 2014 Lok Sabha election including party and independent candidates.

Similarly, Muslims do not vote a candidate exclusively belonging to their own community until the mainstream parties considered relevant by Muslims fielded exclusively Muslim candidates. Yet, majority of the political parties are approaching minority communities only as monolith voters than a potential candidates. How long Muslims be defined in terms of exclusive religious category than from the notion of citizenship?

Undoubtedly, the deliberate denial of candidature from minority communities is symptomatic example of populist majoritarian impulse. It casts the very survival of representative democracy rooted in the idea of inclusive citizenship in doubt. The denial of voice to minorities in the political arena are the most striking manifestation of democratic crisis. Because, first, the denial instils political disillusionment among the minorities. Second, it equally suspends the rationale of accommodating diversity in democratic system.

To deny candidacy to Muslims, two spurious grounds are offered. One is winability. And the second one is polarisation. Before these two factors, the denial of rights as equal citizens and the denial of equal opportunity to represent their interest politically are deliberately ignored. This growing trend in India has simply turned the very original meanings of ‘voting rights’ frivolous. Sadly, this exclusionary instinct is becoming stronger even among the regional parties as a tool to contain the growth of right-wing fervour in India.

To address the denial, one may offer the proposition of adopting the principle of legislative reservation. But, this is imperfect remedy. In the Constituent Assembly Debate after partition, Muslim members opposed the idea of legislative reservation for the minorities in the Minority Rights Sub-Committee Report tabled by Sardar Patel to realise the idea of “secular democratic state”. And they did rightly so. Second, it is being argued that the interests of the Muslims could be protected only through Muslim specific parties and institutions. The idea is equally not a success as there are three dozens of Muslim parties already in fray. It is a poor proposition to believe that Muslim interests could only be represented by Muslim candidates and Muslim exclusive parties.

Muslims need to indulge in post-minority framework of citizenship politics. Apart from developing community leaderships, the community should participate in the activities of the cross-sectional/religious civil society organisations to articulate their interests in support with larger citizenry. There is a need to shift the attention of the community from cultural and emotional agenda to seeking favourable schemes, policies and programmes so as to improve the livelihood of Muslims. The community should equally focus on creating critical intellectual mass to work for itself. Nothing could be achieved if minorities are not trained as leaders and offered an opportunity to lead the country, constituency or, on occasions, their community specific interests. The costs of political denial is not only disenfranchisement of the minorities but also deprival of India of its classical heritage of “unity in diversity” protected through pluralistic model of participatory governance.