Chief of the Naval staff Admiral Muhammad Zakaullah witnessed the event and praised the combat readiness of the fleet. 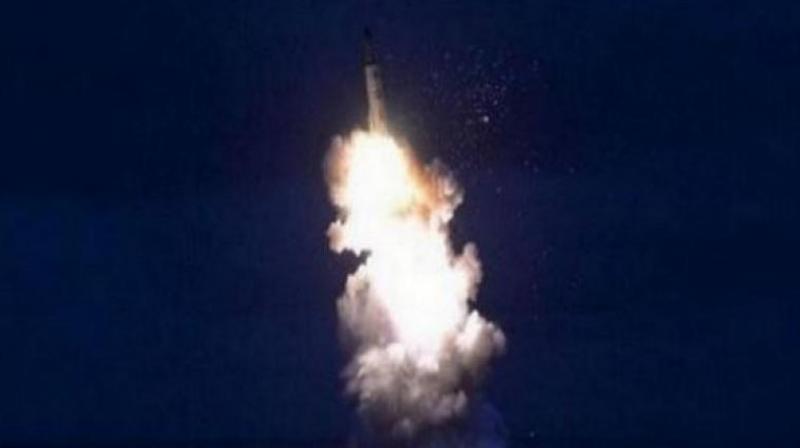 Islamabad: In a display of power, Pakistan Navy on Saturday undertook live weapon firing in the North Arabian Sea.

Chief of the Naval staff Admiral Muhammad Zakaullah witnessed the event and praised the combat readiness of the fleet.

In this striking demonstration of fire power, Pakistan Navy Helicopter Speaking launched Air to Surface Anti-ship Missile which successfully hit the intended target with pinpoint accuracy, reaffirming weapon’s lethality and offensive punch of the PN Fleet, said a military statement. The successful firing by PN helicopter Speaking is reflective of high state of readiness and professionalism of PN fleet, the statement said. The Admiral expressed his satisfaction on the combat readiness of PN Fleet. The Naval chief specially appreciated professionalism and high morale of the personnel, it said. He reaffirmed the resolve of Pakistan Navy to ensure country’s seaward defence and safeguard maritime interests at all cost.