The death toll rose to 2,004, with most of the deaths in Hubei, where the virus first emerged in Dec before spiralling into an epidemic 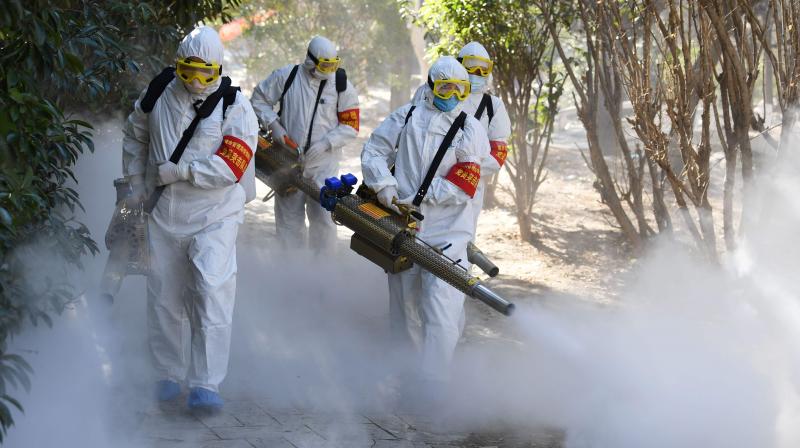 Members of a police sanitation team spray disinfectant on a bridge as a preventive measure agaist the spread of the COVID-19 coronavirus in Bozhou, in Chinas eastern Anhui province. AFP photo

The death toll from China's new coronavirus epidemic jumped past 2,000 on Wednesday after 136 more people died, with the number of new cases falling for a second straight day, according to the National Health Commission.

This brings the total number of confirmed cases in mainland China to 74,185.

The death toll rose to 2,004, with most of the deaths in central Hubei province, where the virus first emerged in December before spiralling into a nationwide epidemic.

In its daily update, the National Health Commission reported 1,749 new cases of people infected with the virus nationwide, the lowest number of new cases this month.

The new infections were overwhelmingly in Hubei.

Outside the epicentre, there were only 56 new cases reported, falling for the 15th day in a row.

A study released by Chinese officials said most patients have mild cases of the illness, and health officials have described the slowing numbers as an indication that the outbreak is under control.

However, the World Health Organization has cautioned that it is too early to tell if the decline will continue.

On Tuesday the director of a hospital in the central Hubei city of Wuhan became the seventh medical worker to succumb to the COVID-19 illness.