Coronavirus that traces its origin in the local seafood market of Wuhan, in central China, has killed 811 people, surpassing SARS deaths 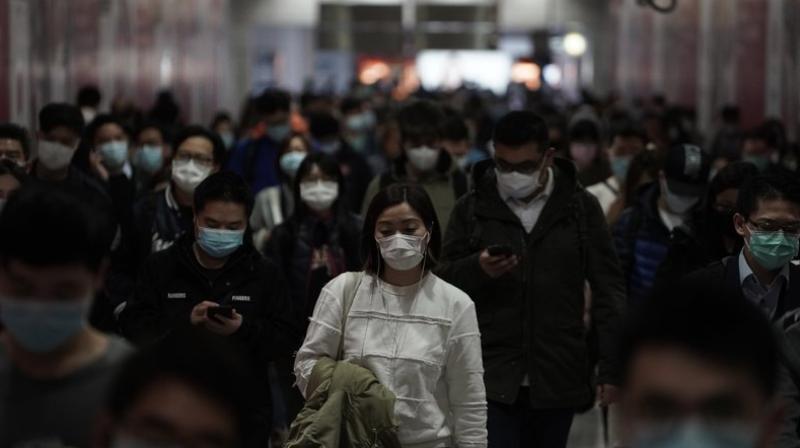 "Aerosol transmission refers to the mixing of the virus with droplets in the air to form aerosols, which causes infection after inhalation, according to medical experts," Zeng Qun, deputy head of the Shanghai Civil Affairs Bureau, told China Daily on Saturday.
"As such, we have called on the public to raise their awareness of the prevention and control of the disease caused by family gatherings," he added.

2019-nCoV — a deadly virus that traces its origin in the local seafood market of Wuhan, capital of the Hubei province in central China - has killed 811 people, surpassing the death toll from the SARS epidemic of 2002-3.

Viral pneumonia caused by the highly contagious and life-threatening virus started in the middle of December and has spread to nearly 23 countries across the globe, including Hong Kong, Singapore, Thailand, Japan, India, and the United States.

Meanwhile, experts also explained that direct transmission refers to the infection caused by inhalation of air close to a patient who sneezes and coughs, while contact transmission occurs when a person touches an object tainted with droplets containing the virus before infecting himself through subsequent contact with the membranes of his mouth, nose, and eyes.

A study published in the Journal of Medical Virology has noted that the patients who became infected with the virus were exposed to wild animals at a wholesale market, where seafood, poultry, snakes, bats, and farm animals were sold.

The latest figures from the Chinese health officials show that 2,649 people have recovered and have been discharged from the hospital.

However, according to media reports, around 33,738 are currently being treated for pneumonia caused by the new virus. Many countries have also restricted their citizens from travelling to mainland China and also set up health camps at airports to screen passengers arriving from the East Asian country in the wake of the pneumonia outbreak.