US man who shot dead Indian student from Mysuru in California surrenders: Police

A resident of Mysuru, Abhishek was a student of Masters Degree in computer science at California State University San Bernardino. 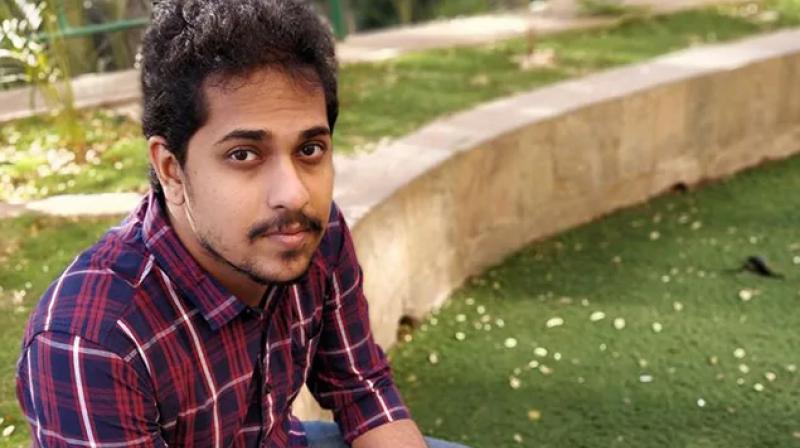 A US national has surrendered to the police in San Bernardino and been arrested on charges of killing Indian national Abhishek Sudhesh Bhat early this week, the police said on Sunday. (Photo: Facebook/ AbhishekSudhesh)

Washington: A US national has surrendered to the police in San Bernardino and been arrested on charges of killing Indian national Abhishek Sudhesh Bhat early this week, the police said on Sunday.

The suspect Eric Turner, 42, turned himself in on Saturday, the San Bernardino Police Department said.

He has been arrested on charges of killing Abhishek Sudhesh, 25, outside a motel where he was working part-time.

A resident of Mysuru, Abhishek was a student of Masters Degree in computer science at California State University San Bernardino.

He was shot at by Eric Turner outside the motel Thursday afternoon. He was pronounced dead by the police which reached the scene soon after.

The San Bernardino Police Department said the case is being investigated. The reason why Eric Turner shot at Sudesh was not immediately known.

"The suspect was identified and turned himself in to authorities on the morning of Saturday. The motive for the shooting is under investigation," San Bernardino police Sergeant Albert Tello said in a statement.

Eric Turner is being held without bail and is being scheduled to be produced before a local court on Tuesday.

Meanwhile, friends and family of Abhishek Sudesh have set up a GoFund page.

"The family grieves him deeply," the fundraising page said.

"He was attacked while he was looking after a motel in his free time on behalf of his friend. The family grieves for him deeply," it said.

"He had decided to go abroad to study with the only aim and ambition to help and be there for his family. He worked hard day and night to fulfill this dream. He wanted to fund his younger brother Abhishreshta's medical education fees apart from being financially available for everyone in his family," it said.