The Trump administration has now bought more than 5,00,000 doses, the entire batch produced for July and 90% of August and September 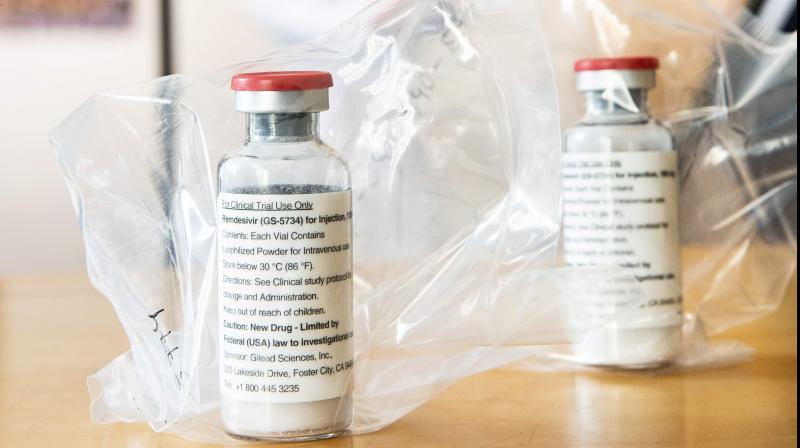 Remdesivir, developed by Gilead Sciences, is the first drug approved by licensing authorities in the US to treat COVID-19. AP Photo

The Trump administration has now bought more than 500,000 doses of the remdesivir drug, which is the entire batch produced for July and 90% of August and September.

The United States has bought almost the entire global supply of remdesivir, leaving nothing for the rest of the world, The Guardian reports. As of now, remdesivir is one of the only two drugs that has been proven to work against the virus that causes COVID-19.

The news and its wider implications have created havoc in the international community. In the event of the development of a vaccine for coronavirus, this could mean the US, with its money and power, would attempt to buy it entirely as well.

The Trump administration has now bought more than 5,00,000 doses, which is the entire batch produced for July and 90% of August and September.

Remdesivir, developed by Gilead Sciences, is the first drug approved by licensing authorities in the US to treat COVID-19.  The drug has been authorised for emergency use in countries like India, Singapore, and approved for use in Japan for people with severe symptoms.

The drug has shown potential to help people recover faster from the disease. The first 1,40,000 doses supplied for the purpose of drug trials around the world, have been used up.

Gilead Sciences holds the patent and complete authority to produce and distribute remdesivir, which was first developed as a failed attempt for curing Ebola is with Gilead Sciences.

The cost is around $3,200 per treatment of six doses, according to the US government statement.

Trump's current move to hoard up all of remdesivir has stirred international protest in the background of criticism over Trump administration's handling of the pandemic.

The US has recorded more than 2.5 million confirmed cases of Covid-19. Some states lifted restrictions only to enforce a clampdown again.

A month ago, France had raised its voice against Sanofi's announcement that US would be one of the first to receive if they developed a cure for COVID-29, considering the monetary investment.

Dailymail reports that Britain currently gets its supplies of remdesivir for free because of a Gilead deal to donate 1.5million vials across the world.

Gilead earlier this week announced it would charge the governments of developed countries $390 (£320) per vial of remdesivir.

Dexamethasone, a steroid that has existed for decades, is the other drug proven to reduce the death rate among hospitalised patients needing oxygen.