GOME C7 and C7 Note will be offered in the Indian market in the range of Rs 6,000 and above. 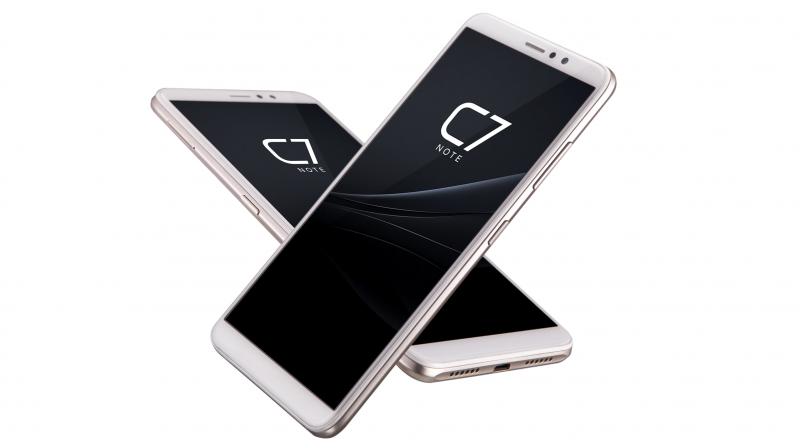 GOME, China’s largest consumer electronics, and smartphone retail company announced its India entry in partnership with Agaston Mobile Private Limited who have already created a credible name in the Indian mobile market with its brand Tambo Mobile since its launch in early 2018. GOME’s India venture will be its first overseas operation post successfully establishing prowess in China.  GOME & Agaston have announced its C Series smartphones in India with path-breaking offerings including the most advanced and unique privacy feature offering the best in technology for consumers and will further strengthen its Indian presence by bringing a range of devices across the mid-premium segment. GOME smartphones will be launched across retailers in India in a phased manner beginning October

Face Me technology by GOME will take the face recognition technology to an unprecedented level in India by providing users an option to enjoy complete privacy of the personal device and its data including Gallery, Incoming calls and hiding of details on the notification lock screen. The Face Me technology will remain a standard security offering across the GOME smartphones. GOME’s unique OS was also recently awarded the prestigious RED DOT AWARD for Communication Design in 2018.

The GOME C7 Note comes in two versions of 2GB and 3GB RAM with 16GB and 32GB storage respectively. GOME C7 Note has a premium gloss finish which is framed in a 5.99-inch screen with an HD+ display and 18:9 aspect ratio along with 16M colors and 282PPi. The VoLTE enabled C7 Note is powered by 2.0GHz Octa Core processor. It is backed with a 3500mAh battery that lasts over a day even with extensive usage. Enabled with a combination of 13MP + 5MP front and back camera, the device is capable of taking pictures across various modes that vary from Panorama, Bokeh, and Scene. The device offers a Dual 4G capability and will be enabled with Oreo 8.1 out of the box. With Face Unlock and Fingerprint features as a standard offering across the range, C7 Note will be available in Black & Gold colors and will be priced at Rs 6,999 (2GB+16GB) and Rs 8,499 (3GB+32GB).

C7 by GOME will be a 5.45-inch smartphone with an HD+ 1080p resolution and 18:9 aspect ratio. Powered by a 1.5 GHz quad-core processor, the smartphone will offer 2GB RAM and 16GB inbuilt memory expandable to 64GB for extra storage. Enabled with a 13MP + 5MP front and back camera, the C7 will offer various shooting modes including Panorama, Bokeh, and Scene. Other notable features on the C7 include Face Unlock, Fingerprint sensor, Dual 4G SIM, Oreo 8.1 Android OS and 3000mAh battery. The C7 will be available in Gold & Black colors for the Indian consumers at the price of Rs 5,999.