The upcoming Galaxy flagship is tipped to come in three sizes with the smaller two coming with both 5G and LTE. 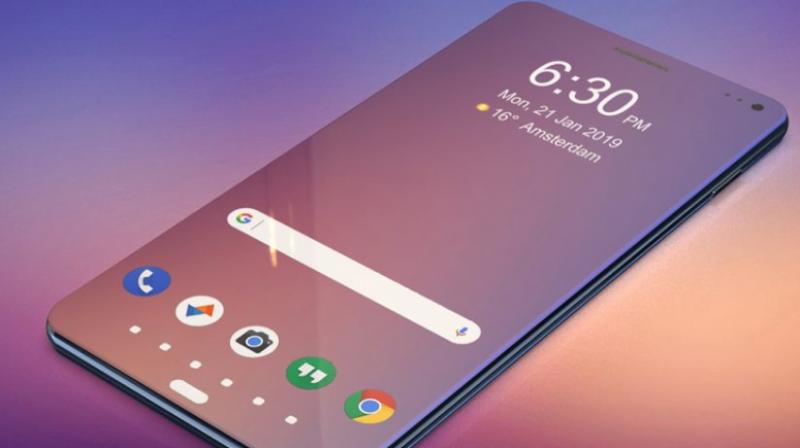 As of now, we are a bit early for concrete leaks especially since the Samsung Galaxy S11 is expected to be announced in the February/March time-frame. However, the latest leak comes via the credible Evan Blass of @evleaks who has some additional information regarding the upcoming flagship handsets.

In a recent post, Blass states that the Samsung Galaxy S11 will come in three sizes with there being smaller variants with 6.2-inch or 6.4-inch displays. If Samsung follows its own trend with its naming convention, then this will be the Galaxy S11e. Moving up, the standard Galaxy S11 is set to come with a 6.7-inch display while the largest model that’s currently dubbed the Galaxy S11+ is expected to feature a 6.9-inch display. What comes as even better news for Samsung fans is that all three handsets will feature curved displays which indicate that the flat panel on the Galaxy S10e is history.

A related report by GSMArena states, “Same goes for the rumour of a shift to a taller 20:9 aspect ratio from last month. As per that info at least one of the Galaxy S11 models will feature a 20:9 aspect, just like certain A-series devices (Galaxy A80 and A70). Unfortunately, there is still no word on whether this new flagship panel design will have a notch or cut-out of some sorts or perhaps incorporate a periscope selfie camera of design.” 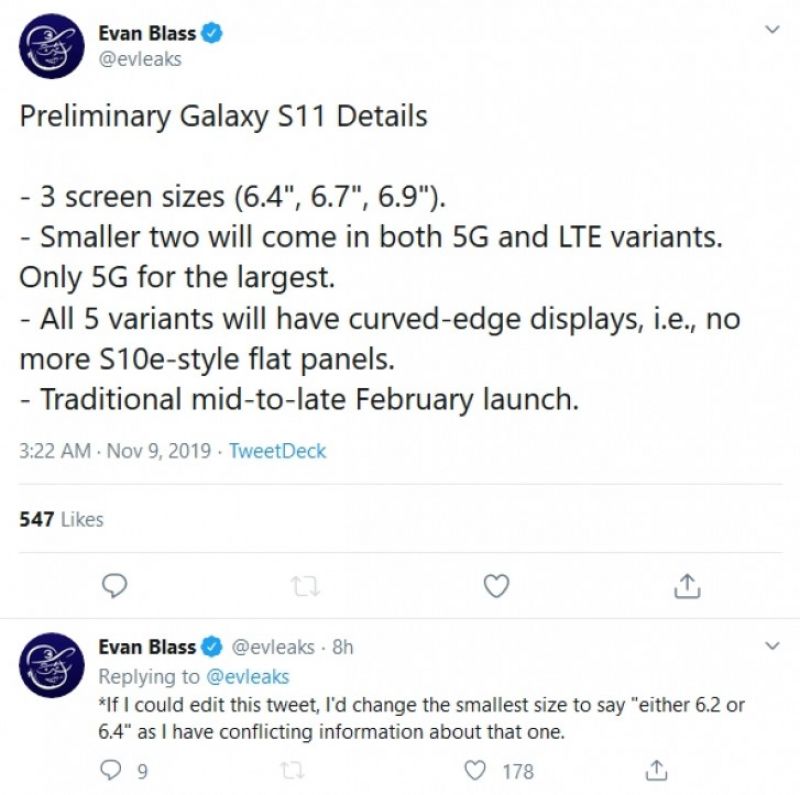 Blass adds that the Galaxy S11 models will be available in LTE as well as 5G while the Samsung Galaxy S11+ will only come with 5G capabilities. There will be backward support for 4G on all handsets. This means that the total number of S11 devices launched will be five.

Other leaks suggest that these models will also come with Samsung’s own second-generation 108MP sensor along with a 5x optical zoom periscope camera. The latter of which will feature the recently trademarked ‘Space Zoom’ feature. The handsets could come powered by a Snapdragon 865 sensor while in most markets it will feature the home-grown Exynos 9830 processor.

The Samsung Galaxy S11 handsets may be launched in mid-February and we should get to know more details closer to the launch date.