The main update on the new A70s is the f/1.8 64MP sensor on the rear cam with PDAF, replacing the 32MP camera sensor on the older A70. 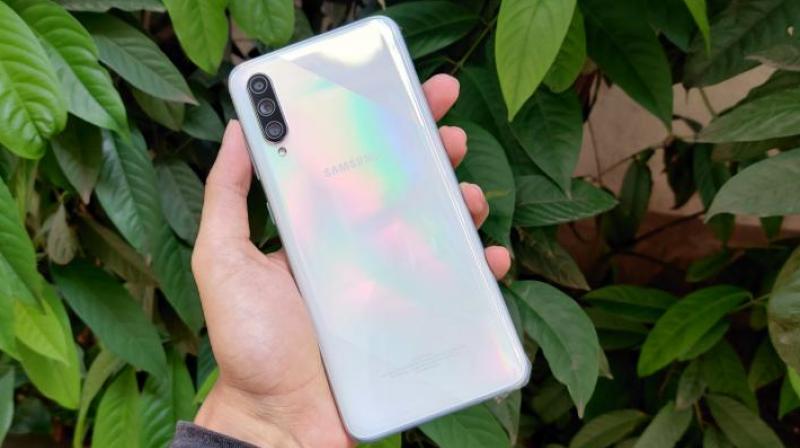 Camera-freaks around the globe were triggered when the South Korean brand Samsung unveiled the 64MP ISOCELL GW1 sensor. The sensor launched at a time when the 48MP Sony sensor was starting to become mainstream in the mid-range to the premium market. Soon a few phones started adapting the newer GQ1 sensor as well, but none of Samsung’s own devices used it.

That changes with the Galaxy A70s, Samsung’s bumped-up version of the popular mid-range device, the A70. We just unboxed the A70s, and here are our thoughts.

What’s in the box?

The Galaxy A70s comes with a plastic case, a 25W charging adapter, a USB-C to USB-C charging and data transfer cable, a pair of nice earbuds with play/pause and volume controls and a SIM ejector tool.

The A70s is a big device at 164.3 x 76.7 x 7.9 mm. With a 6.7-inch Super AMOLED screen on the front, the A70s has a glass finish with a geometric pattern on the back. The frame of the phone is still made of sturdy aluminium and the top left corner of the phone has a slightly protruding triple camera setup along with a flash below it. 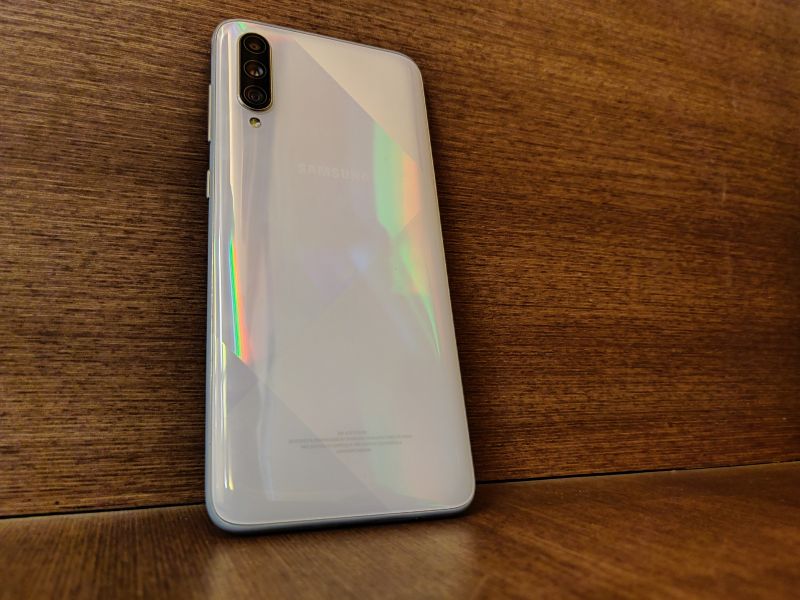 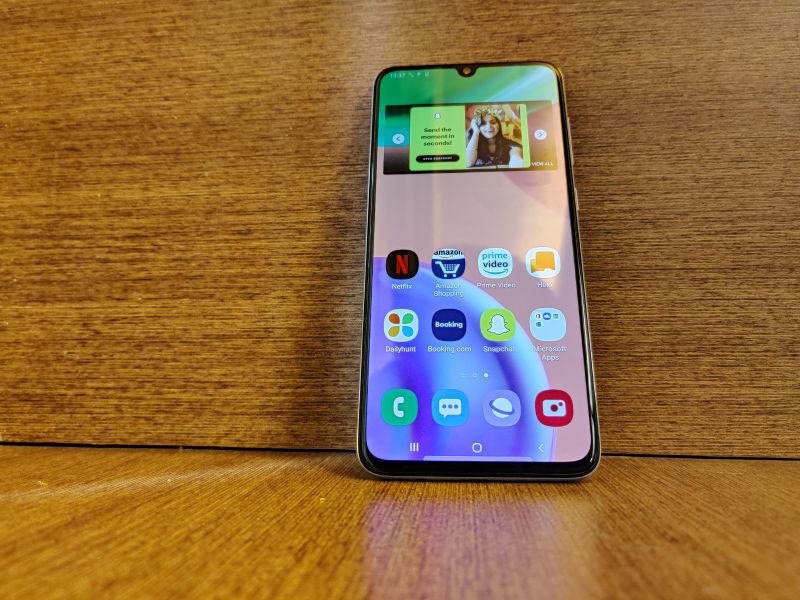 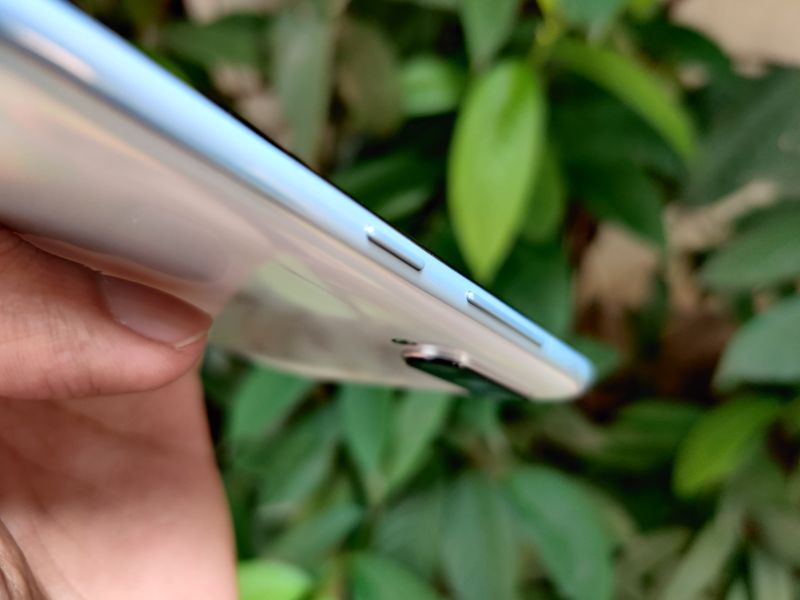 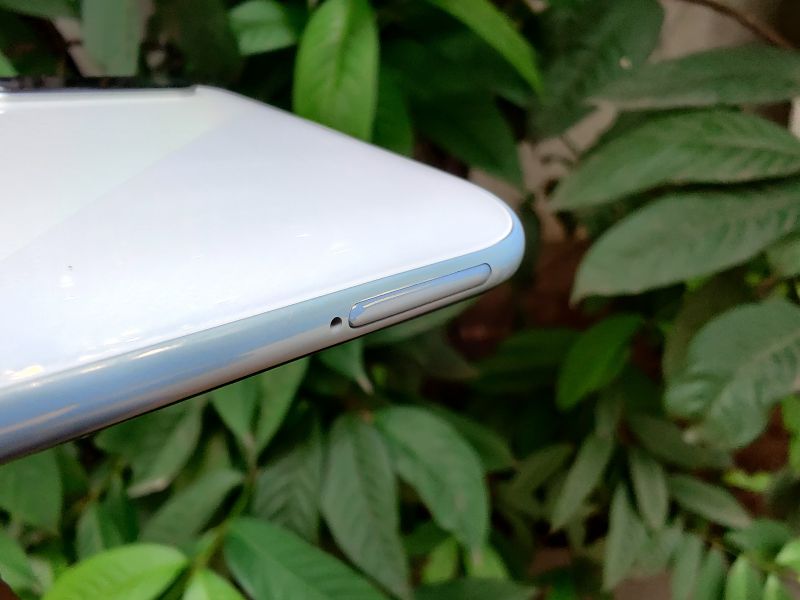 The left side of the device only has the SIM slot, which takes two Nano SIMs and has a dedicated MicroSD card slot. The right side has the power button and the volume rockers on top. The bottom of the display features the primary microphone, a rather small-looking speaker grille, a USB-C port and a 3.5mm jack, while the top only has a secondary noise cancellation microphone. 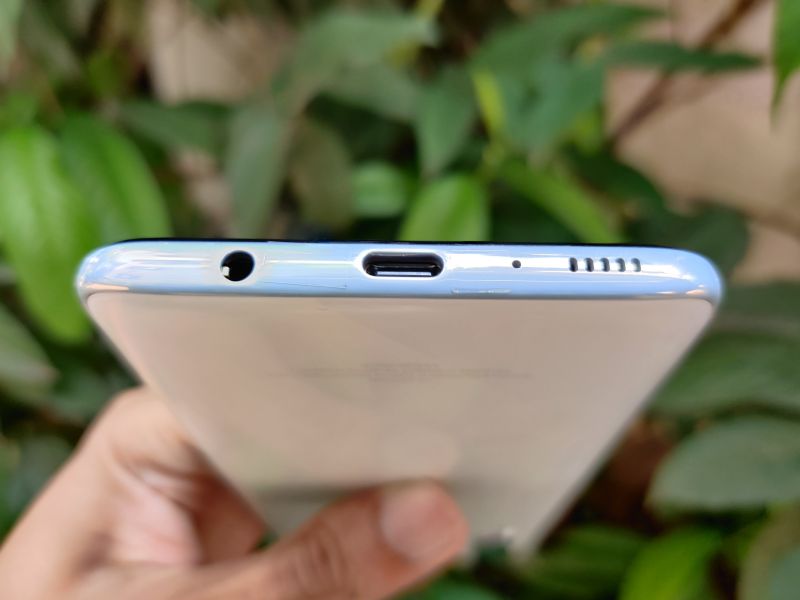 Just like the ‘S’ updates on the Galaxy M30 and A50, there isn’t a lot of new hardware on this small update besides the camera. The phone is powered by the Qualcomm SDM675 Snapdragon 675 11nm chipset, Adreno 612 and has either 6GB or 8GB RAM depending on which variant you purchase. Both variants have 128GB storage that can be expanded to 1TB through the SD card.

The Galaxy A70s runs Samsung’s One UI on top of Android 9.0 Pie and might eventually get an Android 10 update. It has all sensors and an in-display optical fingerprint scanner. A 4500mAh battery on the phone is charged by a fast 25W adapter. 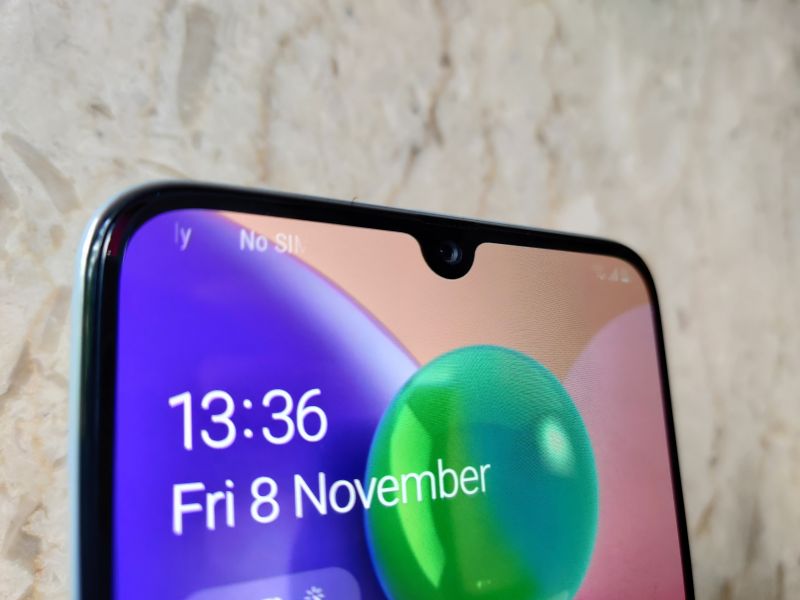 There is a small waterdrop notch on top, and the phone doesn’t have the thinnest bezels out there, which brings the screen-to-body ratio to 86 per cent.

The main update on the new A70s is the f/1.8 64MP sensor on the rear cam with PDAF, replacing the 32MP camera sensor on the older A70. 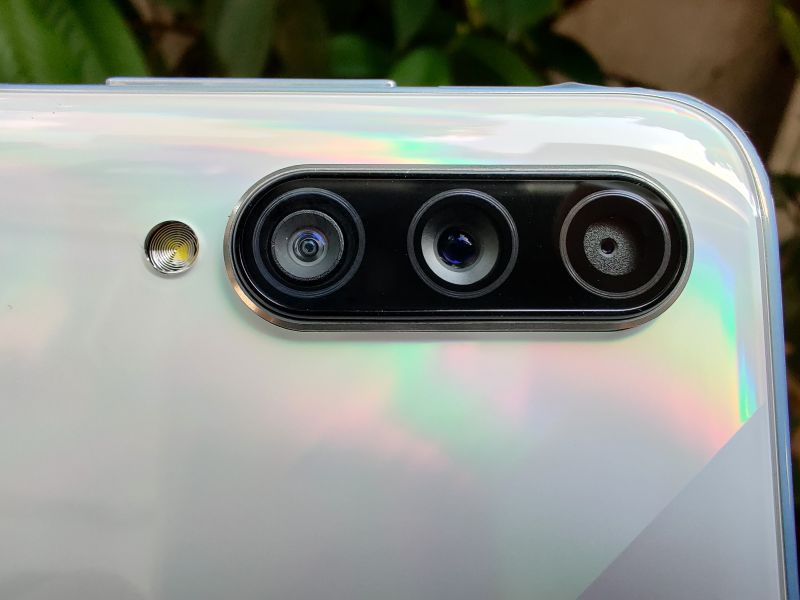 It is accompanied by an 8MP ultra-wide-angle lens and a 5MP depth sensor. There is an f/2.0 32MP front-facing camera for video calling and selfies. 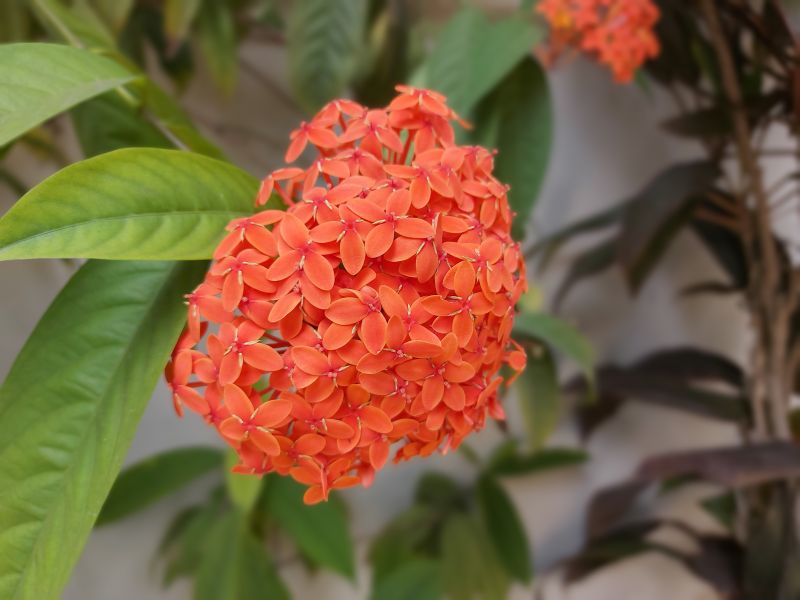 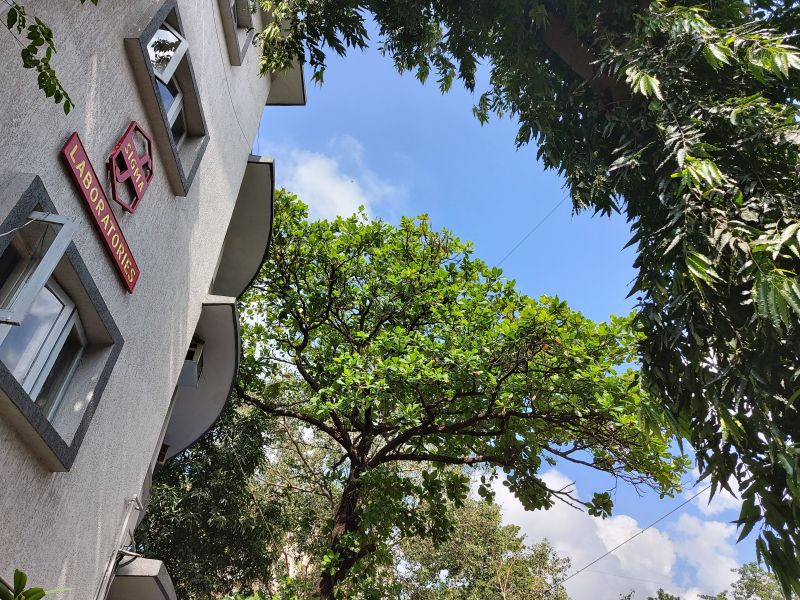 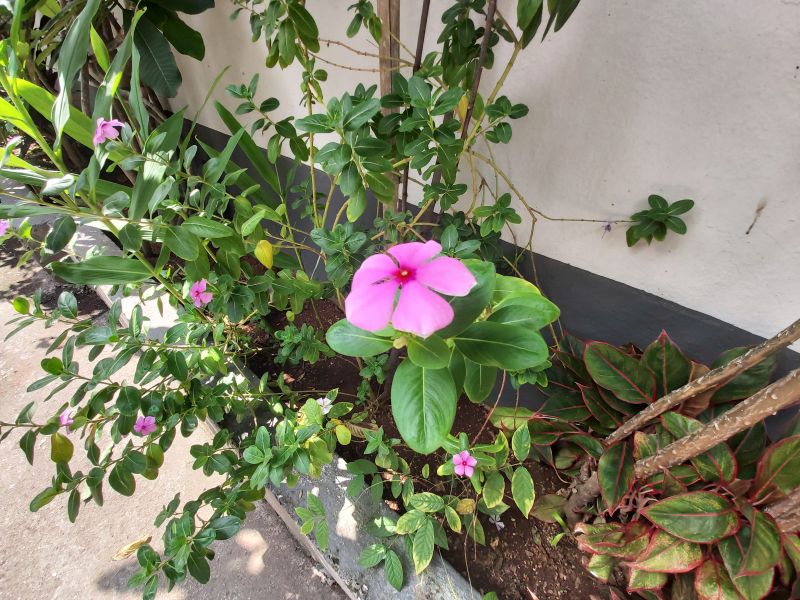 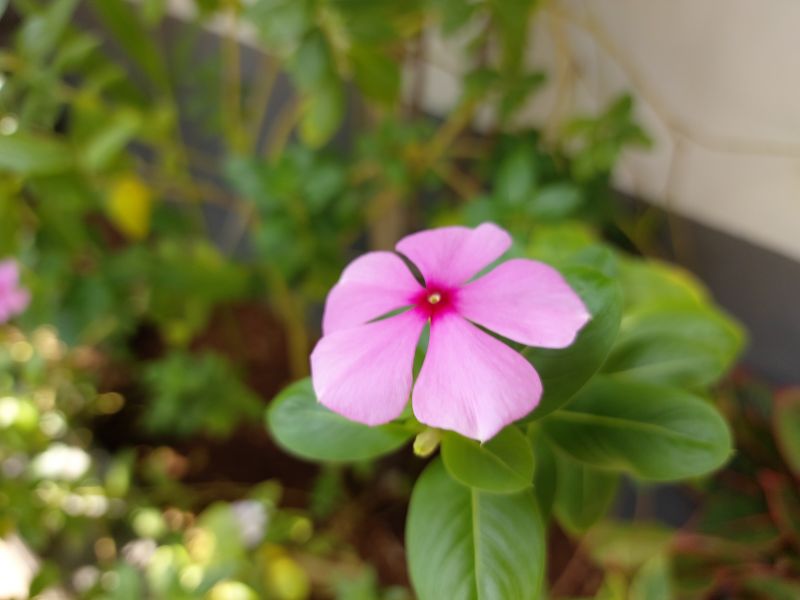 The Samsung Galaxy A70s is already launched in India, with the 6GB variant of the phone selling for Rs 28,999 on Amazon, while the 8GB variant sells for Rs 30,999.