5 IoT trends and predictions for 2019

IoT has played a major role in drastically improving the productivity of our routine tasks. 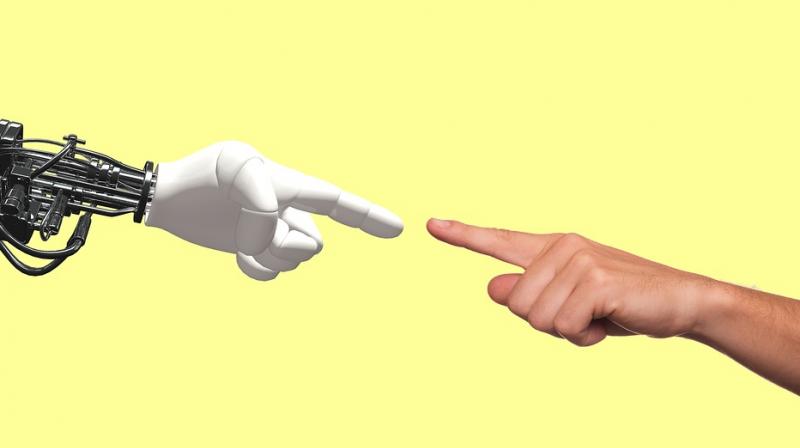 The evolution is nowhere near done. (Photo: Pixabay)

The concept of the Internet of Things, or IoT as it is more commonly known, has been around for almost four decades. After all, the first internet-connected machine was developed as far back as 1982. As a technology with wide-ranging applications within the market, however, IoT only started gathering momentum in the mid-to-late 2000s.

In a span of fewer than two decades, however, IoT has played a major role in drastically improving the productivity of our routine tasks. This is one of the major reasons behind the steady rise in the number of connected gadgets in offices and homes across the globe. But the evolution is nowhere near done.

Potential IoT use-cases are growing at an exponential pace, transforming everything from consumer devices to large-scale manufacturing and industrial applications. However, one of the most important use-cases in the area of IoT governance is smart metering for public utilities such as electricity, water, gas, etc.

Access to such real-time data can enable utility service providers to precisely forecast service demand and make more accurate schedules. Customers, on the other hand, will benefit from greater transparency and can also cut down on their utility bills by adjusting their consumption habits. This, particularly in emerging countries such as India, will enable more optimal utilisation of resources, significantly reduce carbon emission, and minimise wastage. Government and regulatory agencies are already ramping up their efforts to install 130 million smart meters across India by 2021. Leading IoT chipset company like UNISOC has been taking dominating role in smart metering segment, and their 2G, 3G, 4G and new NB-IoT products have pushed the smart utilities move ahead in a faster way.

Expansion into healthcare and manufacturing industry 4.0

While the technology’s transformative potential has never been in doubt, the speed at which it is redefining the manufacturing industry is quite spectacular. IoT devices are redefining all industry-specific processes such as production, supply chain management, logistics, packaging, collection, distribution, and development. Manufacturers can seize this opportunity to enhance production numbers, manage inventory more effectively, avoid unwanted delays, and minimize equipment downtime. The adoption of IoT devices in manufacturing is expected to grow in 2019, leading the industry onto the next phase of its development and growth.

Apart from the manufacturing industry, IoT technology is also making deeper inroads into the healthcare industry. As per the research conducted by Aruba Networks, 60 per cent of healthcare organizations across the world have introduced IoT devices into their processes. This, along with smart pills, Electronic Health Record (EHR), and personal healthcare management, is expected to introduce a drastic improvement in healthcare processes and service delivery.

In its 2017 report, Gartner predicted the number of IoT devices across the globe to cross 20 billion by the end of this decade. A more recent IoT Analytics report estimates that 17 billion are already in active use at present. While most of this adoption is driven by industrial applications, a healthy percentage of IoT devices – such as digital voice assistant and other smart appliances (TVs, refrigerators, ACs, lighting etc.) – have been purchased by end-consumers.

Recent technological advancements also hint at significant progress being made towards the vision of true home automation, with cutting-edge connected devices seamlessly adjusting to and reflecting the specific preferences of different users within the same home. Given these developments within the consumer market, 2019 might end up being the breakthrough year for IoT devices designed for the smart homes of tomorrow.

A big welcome to the era of 5G

5G networks, the most awaited tech trend in the global business landscape, is making its grand entry in 2019. 5G network will be the backbone of IoT technology by supporting the growing interconnectivity of IoT devices. A high-speed 5G network will allow the collection, management, and analysis of data in real-time. Imagine a world where you won’t have to wait even for a minute to access information or advanced services!

An LPWAN technology NBIoT developed for cellular devices and services that has generated significant excitement in the global business ecosystem. As an increasingly digital-first nation, India is likely to witness a robust NB-IoT network being deployed in 2019. Many leading chipset companies, such as UNISOC, have been conducting NB-IoT orders with top telecom operators, smart utilities, and mobile phone manufacturers in India to make the vision of a less-cash, digitally-led India a tangible reality for consumers across the country.

IoT technology has brought the futuristic concept of smart cars to life, and 2019 is expected to drive greater adoption of connected mobility. Say hello to connected apps that show real-time diagnostic information about your car, including not only the basic information but also more complex data such as oil level, fuel consumption, tyre pressure, and so on. All of this information is available in the palm of your hand, available to be accessed anytime, anywhere.

IoT technology will also drive massive differentiation and disruption for industries such as logistics and transportation in 2019. The use of RFID tags has already significantly reduced the on-road travel times for commercial and passenger vehicles by making digital toll collection possible. Similarly, related technologies such as binocular ranging can ensure better distance finding for long-haul convoys, while cutting-edge processors can be used to power smart traffic operations.

The growing IoT adoption across the aforementioned use-cases will facilitate a more robust vehicle-cloud service infrastructure and enable easier traffic navigation. Such interconnectivity will streamline on-road traffic, thus optimising long-distance logistics operations while also paving the way for smart urban transportation needed in the smart cities of the future.