This blood-drawing robot is more accurate than humans

Researchers at Rutgers University and Mount Sinai Hospital have developed a blood-sampling and testing device. 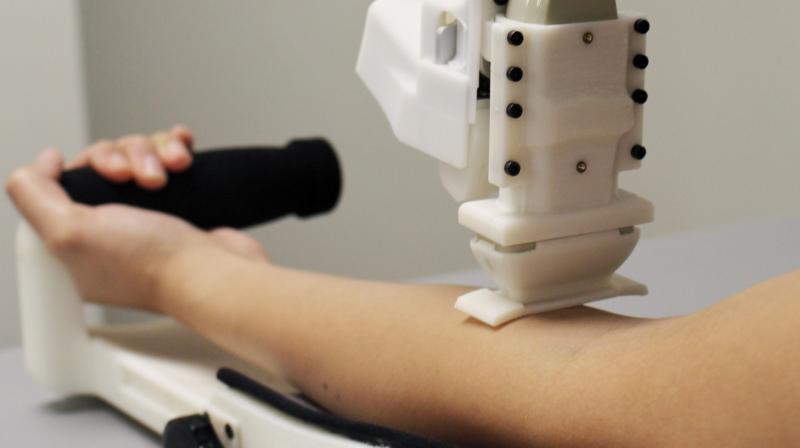 A prototype of an automated blood drawing and testing device. (Photo: Unnati Chauhan)

Let us accept that not all lab technicians are skilled enough at drawing a blood sample. However, a new robot promises to make the job easier and more accurate.

Researchers at Rutgers University and Mount Sinai Hospital have developed a blood-sampling and testing device which uses ultrasound to identify the right vein before inserting a needle. It also includes a module that handles samples and a centrifuge-based blood analyser, Rutgers Today reports.

The prototype device could potentially help cut down on the time taken by traditional venepuncture method and also reduce the chances of infections when starting an IV line.