Soon, robots could be doing your chores, like a real-life ‘Android Kunjappan’ 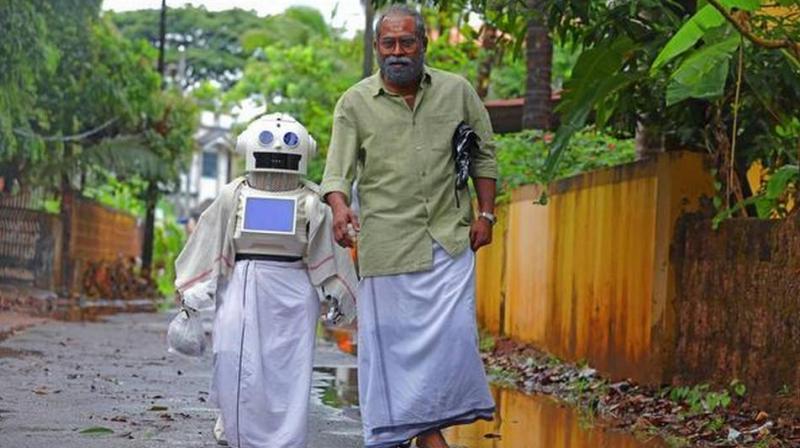 A still from the malayalam film Android Kunjappan. (Photo | YouTube)

Boston: Like in the 2019 Malayalam movie Android Kunjappan or the Hindi short film Anukul based on Satyajit Ray’s short story, we could see robots doing all the chores, in a not-so-distant future. Scientists, including one of Indian origin, have designed a system that teaches robots complicated tasks such as setting a table.

Robots would otherwise find such tasks confusing as there are too many rules for it to follow.

With the new system, robots choose the most likely action to take, based on a "belief" about some probable specifications for the task it is supposed to perform, the researchers from Massachusetts Institute of Technology (MIT) in the US, said.

In the study, the scientists compiled a dataset with information about how eight objects -- a mug, glass, spoon, fork, knife, dinner plate, small plate, and bowl -- could be placed on a table in various configurations.

A robotic arm first observed randomly selected human demonstrations of setting the table with the objects, the study noted.

The researchers then tasked the arm with automatically setting a table in a specific configuration, in real-world experiments and in simulation, based on what it had seen.

To succeed, the robot had to weigh many possible placement orderings, even when the items were purposely removed, stacked, or hidden, they said.

While following these rules would normally confuse robots too much, the new system helped the bot make no mistakes over several real-world experiments, and only a handful of errors over tens of thousands of simulated test runs, the researchers said.