The Mi Watch will go on sale in China from November 11 starting at about USD 185. 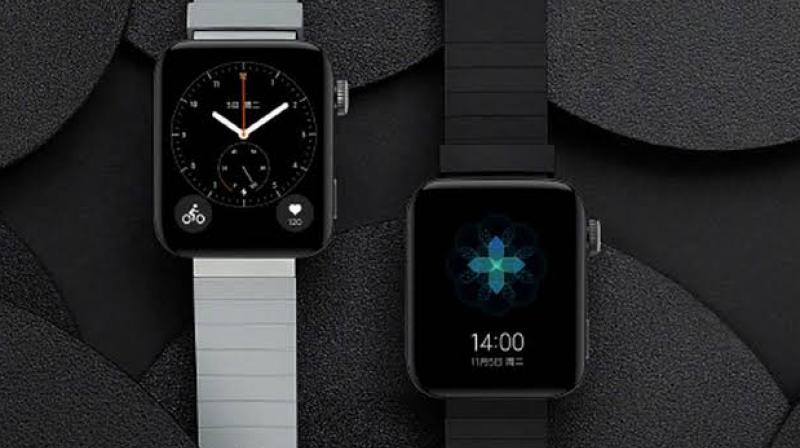 While there are no officially revealed 0plans of the watch making an appearance outside China, Xiaomi will likely not let the opportunity to sell such a hyped product internationally.

Along with the Mi CC9 Pro, Xiaomi also officially launched another much-awaited product yesterday – The brand’s first official full-fledged smartwatch. The Mi Watch looks strikingly similar to the infamous Apple watch design complete with the square shape and the twistable and clickable crown on the side. The watch runs on top of Google’s Wear OS interface, found on popular smartwatches like the Fossil series.

The watch has a 1.78-inch AMOLED Always-On display. The 44mm watch also has a 410 x 410 resolution. While the standard variant will have sturdy glass on top which the brand terms ‘toughened curved glass’, a premium version will have Sapphire glass instead.

The watch will be powered by the Snapdragon Wear 3100 4G chipset, along with 1GB RAM and 8GB storage. The battery onboard is 570mAh one that Xiaomi claims can last up to 36 hours on a single charge.

The Mi Watch also has eSIM support that lets it connect to 4G networks too. Other features include Wi-Fi, GPS, Bluetooth, NFC, and fitness features like continuous heart-rate monitoring. Sleep tracking and blood oxygen sensors.

The MIUI for watch gives the brand’s first Wear OS watch a unique interface with 40 built-in apps and over 100 watch faces.

The Mi Watch will go on sale in China from November 11 starting at about USD 185. The Premium edition of the watch is priced at roughly USD 285 and could be available till Mid-December. While there are no officially revealed plans of the watch making an appearance outside China, Xiaomi will likely not let the opportunity to sell such a hyped product internationally, especially in the Asian Markets.