While father of Sunidhi, an international shooter, worked as a fitter in an industry here, Chinki’s father is an electrician in the State government. 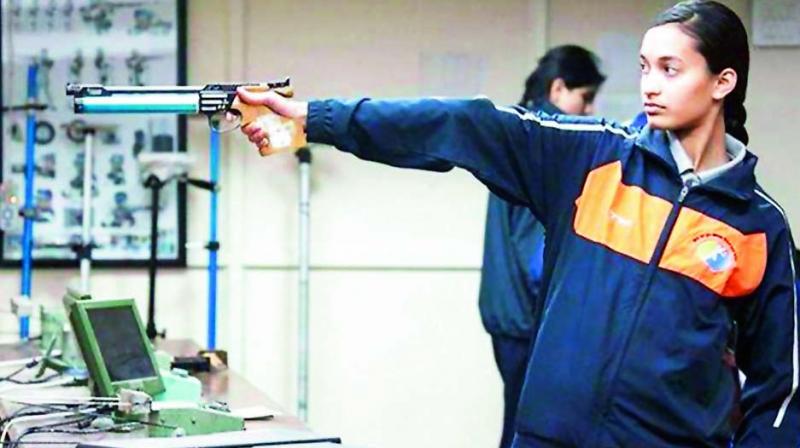 Bhopal: It has been a fairytale journey for Arjun Thakur, from a ‘street urchin’ to member of national shooting team, and his ‘rag to riches’ story was scripted by Madhya Pradesh Shooting Academy.

“Separated” from his poor parents at the age of five and subsequently left to lead the life of a ‘street urchin’ for several months before being sheltered in an orphanage in a Madhya Pradesh town of Itarsi, Arjun, now 18, had never entertained the thought even in his wildest dream that he would one day take part in an international shooting event.

“I still could not believe what I am today. My life has undergone sea change ever since I was adopted by MP shooting academy in 2016,” Arjun told this newspaper on Sunday.

Arjun who was selected in the annual talent hunt programme for admission in MP shooting academy in 2016 has since taken part in four national championships in the category of skeet shooting bagging three silver and two bronze medals in different events.

“My goal is to win an Olympic Gold for country in shooting”, he said.

There were dozens like Arjuns created by MP shooting academy.

Products of the academy such as Manisha Keera (shot gun), Chinki Yadav (25 metre pistol), Sunidhi Chouhan (rifle) and Rituraj Bundela (skeet shooting) who hailed from poor families have made a mark at the international level in their fields. “My father wanted me to be a shooter. I want to fulfill his dream,” Manisha, daughter of a fisherman, told this newspaper while explaining the foray into a costly sport like shooting.

While father of Sunidhi, an international shooter, worked as a fitter in an industry here, Chinki’s father is an electrician in the State government.

Chinki, along with shooter Aishwarya Pratap, another product of MP Shooting Academy, has recently qualified for the Tokyo Olympics on quota.

“Our talent hunt programme is inclusive in nature and hence it is successful particularly in tapping talents among the socially and economically backward sections of the society,” assistant director of state sports department Sipra Srivastav told this newspaper.

The academy, established in 2007 in Bhopal, advertises the programme in different media extensively in May-June every year to attract budding shooters in the state. Later, they are selected for admission in the academy based on their physical and skill tests.

“We have world class infrastructure in our academy,” assistant coach in the academy Jai Vardhan Singh said.