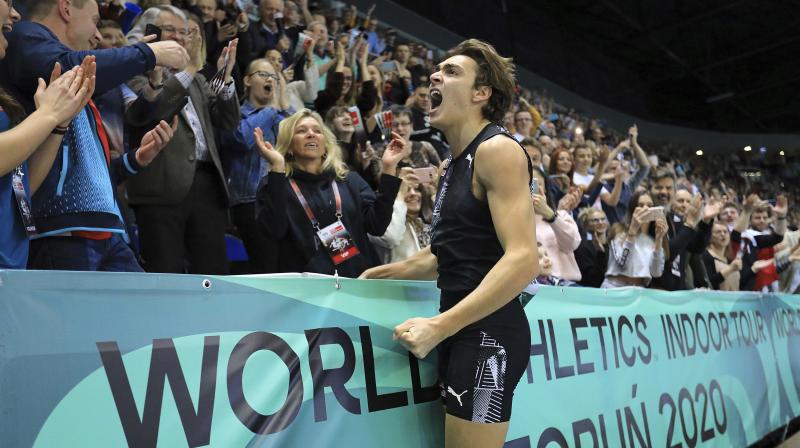 Paris: Armand Duplantis of Sweden set a new world pole vault record of 6.17 metres at an indoor meeting in Poland.

Duplantis, the US-born 20-year-old who won silver at last year's world championships in Doha, cleared the bar on his second attempt in Torun on Saturday to break the previous record of 6.16 m set by French vaulter Renaud Lavillenie in February 2014.

"It's something that I wanted since I was three years old," Duplantis told the website of World Athletics. "It's a big year, but it's a good way to start it."

Lavillenie, the 2012 Olympic champion, said he was not surprised his record had been eclipsed.

"It's not a surprise. For two years now I knew he had the potential," the 33-year-old Frenchman told RMC Sports after competing at a meeting in Rouen.

"Records are made to be beaten. He has got time on his side to definitely do even better and that's a great thing."

Duplantis had almost broken the record at a meeting in Duesseldorf on Tuesday. His performance marks him out as a clear favourite for the Olympic title in Tokyo this year.

Long considered the man most likely to push the event forward, Duplantis began breaking age group records aged seven. He announced his prodigious talent to a wider audience when he won the European outdoor title in Berlin in 2018 with a vault of 6.05m, a world junior record.

Coached by his American father Greg -- himself a former pole vaulter who cleared 5.80m -- Duplantis was a product of a track and field-crazy family which had their own vaulting apparatus in the garden.