The capital is all set for a world class football training academy. 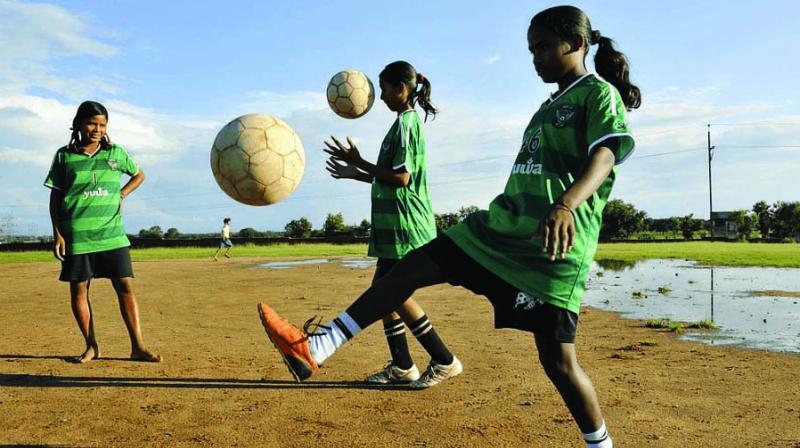 The academy will be constructed as per the standards set by Federation Internationale de Football Association (FIFA).

Football as a sport in India, may not be popular as cricket but there are people who are avid fans of the sport as some of them follow the international leagues like La-Liga and the FIFA world cup. Recently, with the advent of Indian super league, a certain amount of craze and passion for Indian football has ignited the love for the sport.

New Delhi Municipal Council (NDMC) will set up a world-class football academy for the capital to provide the youngster with the quality sports training and advanced infrastructure.

The city will also an get upgraded with a high-tech football stadium. The academy will come up at Shera Maidan behind Mandir Marg in Central Delhi in the next six months and will be developed on public-private partnership (PPP) mode.

It will be constructed as per the standards laid down by Federation Internationale de Football Association (FIFA).

With specifications like third generation artificial turf, the stadium is set to beat the two existing football grounds in the city in terms of facilities. It will be the most technologically driven football stadium in the capital.

Unlike the Ambedkar Stadium and the Jawaharlal Nehru Stadium, which have normal grass on the football field, this one will have 3G artificial grass turf. It will also have over eight high-definition (HD) video cameras, which would help in analysing each player’s performance and progress.

“It will be an artificial ground, there will be special lighting facility, where football can be played in the night as well. This ground will be the latest and upper version of the Ambedkar Delhi. The ground may take another 3 to 4 months to be prepared,” said RP Gupta, Director of Education, NDMC.

Apart from the days when there are tournaments, the stadium will act as a football Academy of international standard having at least four FIFA qualified coaches.

Talking about the whole idea, RP Gupta said, “The idea was to promote football and NDMC schools. Where boys are generally attracted towards sports, it’s girls who need more focus on. So we thought why not to promote girls to play football and especially when talking about the Beti Bachao, Beti Padhao, we must promote everything a girl can do,”

NDMC has also organised its soccer league. “We have divided the 3 academies into 6 teams and we will be organizing a good tournament among them. We are also working on NDMC National Soccer league, where we will be inviting girls’ team from other states as well. We really hope this will groom them as a very good football player in their lives,” he further shares.

“And we hope they groomed as a very good football player in their life. In order to promote this further, we have decided the NDMC soccer league is inviting all-girl teams from all the soccer team from all the teams in India,” he explains.  NDMC will promote football among boys and will launch football academy for them this year