In a video message posted by Sandhu on Twitter, both Sandhu and Chhetri, congratulated the women's team for booking a spot in the finals. 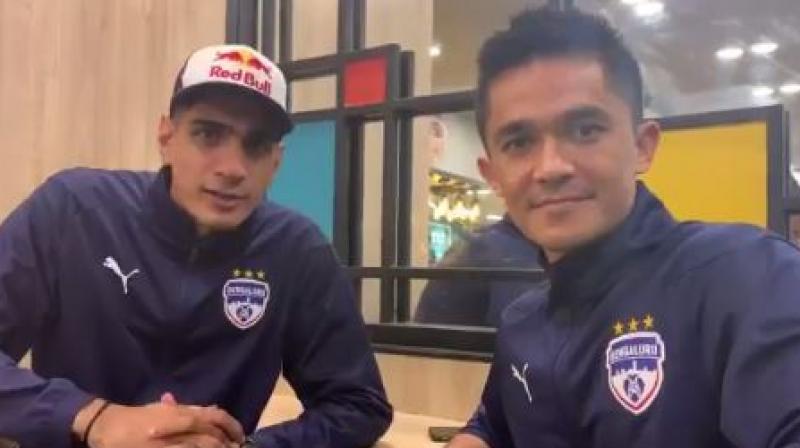 New Delhi: Ahead of the India U17 women's team's final against Sweden in the Women's Football Tournament 2019, men's team goalkeeper Gurpreet Singh Sandhu and striker Sunil Chhetri wished the team all the best for the summit clash.

In a video message posted by Sandhu on Twitter, both Sandhu and Chhetri, who play in the Indian Super League for Bengaluru FC, congratulated the women's team for booking a spot in the finals.

"Sending the best of wishes the way to the @IndianFootball Women's Team ahead of their final against Sweden this evening. #SWEIND #ShePower #IndianFootball," Sandhu captioned the post.

Sending the best of wishes the way to the @IndianFootball Women’s Team ahead of their final against Sweden this evening. #SWEIND #ShePower #IndianFootball 🇮🇳 pic.twitter.com/mhOF9UBMst

"We would like to wish you all the very best for finals against Sweden," Sandhu said.

India started well with Astam Oraon and Thokchom Martina dominating the game from the middle. The Indian trio of Lynda Kom, Sunita Munda and Sumati Kumari troubled the opposition defence and created a lot of problems for Thailand.

India will take on Sweden in the finals later in the day at the Mumbai Football Arena.