Spasiba Russia for the wonderful memories

The 21st Fifa World Cup in the world’s largest country is an unqualified success on and off the field. 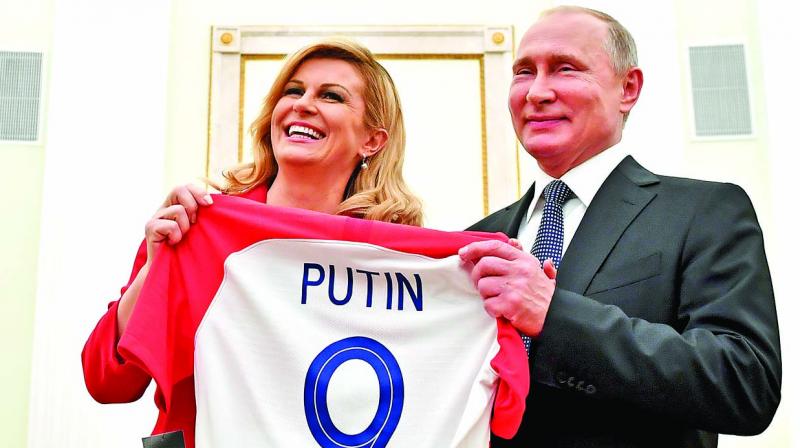 Moscow: If fans and journalists were to decide the hosts of future World Cups, they would give the right to Russia permanently. The 21st Fifa World Cup in the world’s largest country is an unqualified success on and off the field. If the Russian team had defied doomsday predictions to reach the quarter-finals, the show has been nothing less spectacular off the field as well.

In his pre-final press conference on Saturday, Russian president Vladimir Putin said the World Cup has “busted myths and stereotypes” about his country and his compatriots. He was right. Russia is not cold. Neither are its people. In 20 days in this sprawling country, this reporter has not met one grumpy Russian. The language has been a problem but it’s secondary if someone wants to be helpful. People here are unfailingly friendly, although there is amusement at seeing so many foreigners — more than a million according to Fifa — during a month.

The local organising committee deserves credit for making bus and train travel free across the country for fans with match tickets. The journey is free in long-distance trains, too, thus saving a lot of money for fans from various parts of the world. More importantly, trains always depart and arrive on time.

Unlike South Africa and Brazil in 2010 and 2014, security has never been a worry here. Roaming around the streets of Moscow in the dead of night entails no threat to your body and belongings. Every corner of Moscow is so well connected through its world-famous Metro that fans have never faced any problem to travel to any part of the Russian capital. Metro would be a contender for the Most Valuable Player of the tournament award along with Luka Modric.

Oscar Salgado, a fan from Mexico, said Russia has bowled him over. “I never expected that the country would be so hospitable. Except for a little of bit of difficulties in language, I have never faced any problem here. It has been an unforgettable journey,” he said.

Salgado said he had been warned about in-your-face policing and drinking on the streets in Russia.

“Neither was troublesome here. Police have not harassed foreign fans and public drinking has not got anyone arrested. People who have attended the previous World Cups have told me that Russia is a superior host in many aspects,” he added.

Russia’s resplendent history has kept the fans engaged even during off days. There are so many museums and other historical places in Moscow that a month will hardly be enough to visit all of them. The Red Square was chock-a-bloc with a multitude of foreign fans on the eve of the final.

L. Srinivasan and M. Kesavaram, Indian fans on their maiden World Cup adventure, said the can’t praise the country enough. “Going around the country has been such a pleasure here. The atmosphere in matches is terrific and people are kind. What more do fans need?” said Kesavaram. Some residents of Moscow say police and people here are friendlier than usual because of the World Cup. But P. Tamilselvan, who has been living in Russia for more than two decades, differs. “The police can be instructed to be nice. What will ordinary Russians gain by being polite to foreigners? I feel Russians are friendly by nature,” he said.