What’s in a number?

Virat Kohli, however, is one current player, who has captivated not just the cricketing world’s heart, but also Aakash’s. 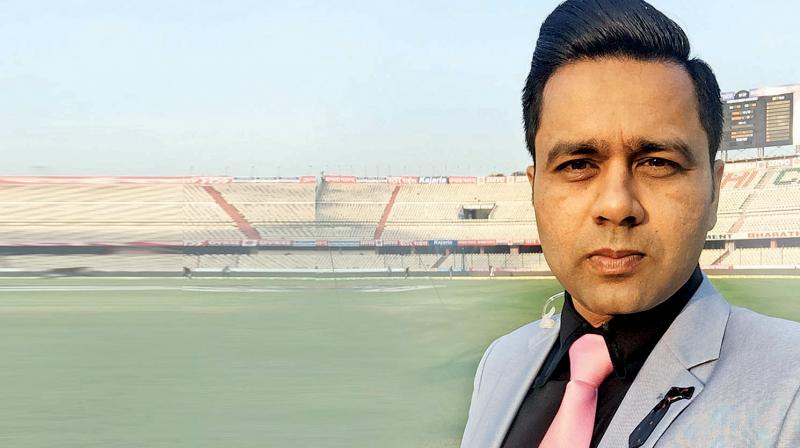 Aakash Chopra, who has just released his fourth book, Numbers Do Lie, chats about hidden stories behind statistics, the rise and rise of Virat Kohli, and being Mr Nice on Twitter.

Former international cricketer Aakash Chopra feels comfortable in his new skin. As a commentator and an author, the sportsman is enjoying the accolades — and brickbats — that come his way. In a chat, he mentions that he likes to give it as good as he gets when it comes to uncouth trolls on Twitter, a platform he constantly uses to put out his point of view on.

“I like to name and shame at times,” he smiles. “I like to be polite, but you do need to give it to them from time to time. These nameless, faceless social media characters can hit below the belt or be abusive. And then I have every reason to make it public and say, ‘please mind your language’.”

Not just the trolls, Aakash was recently sucked into controversial topics with England cricketer Moeen Ali, as well as prodigal former Indian bowler, S. Sreesanth. In both cases, especially with Moeen, who questioned Aakash’s statistics as a cricketer himself, the cricketer stood his ground, humble till the last minute. Quiz him about his Mr Nice Guy ways and Aakash instantly shoots back. “Social media is not for impulsive people. If you react instantly, it will snowball into something you won’t be able to control. There’s no personal vendetta to what I say. When I’m honest with my opinion, I have no reason to be ruffled. People can ask me how much cricket I’ve played, but I’ve heard that many times,” he explains, referring to Moeen’s jibe at Aakash’s statistics, when the commentator pointed out flaws in his technique. “A doctor’s biology teacher never became a doctor, but you still go to him to learn, don’t you?” he quips.

Aakash is currently on a high, enjoying the positive reviews coming his way for his latest book, Numbers Do Lie, a collection of cricketing stories. Written in collaboration with Impact Index, who laid bare statistics of players contributing to their team’s success, Aakash did the job of bringing a human element, and telling the story of how and why these particular cricketers were successful. “Generally, numbers don’t lie,” Aakash says. “Numbers are quantifiable, and can tell you a lot of things. However, if you don’t look at them properly, they’re not telling you the entire story, therefore lying. We’re basically trying to see how individual numbers fit into a team context.”

Does he believe Indians tend to overdo on statistics and which player got how many runs? “Well, I don’t blame them,” shrugs Aakash. “How else do you judge greatness? There has to be some quantifiable marker. If I tell you a cricketer has no centuries but is a great player since he’s constantly contributed, it requires a lot of explanation. Prima facie, looking at numbers you’ll get to know what’s happening.”

Impact Index, the co-authors of the book, Aakash informs us, were responsible for putting statistics through set amount of filters to find these 60-odd stories that stood out, despite the numbers telling a whole different tale. His own contribution to the book was mainly bringing out the context, and the stories within these instances.

“Think about this,” he tosses a question, “Who do you think has had a bigger impact as an Indian test batsman — Sachin Tendulkar or Rahul Dravid? Numbers fail you here, and they both have phenomenal ones.” Despite much prodding, Aakash doesn’t reveal who comes out tops here. “Read the book!” he says, cheekily.

According to him though, one player statistics have betrayed is V.V.S. Laxman. “In any other era, he’d have scored 5,000 more runs. Just by virtue of batting pantheon, he wasn’t appreciated enough. There was always someone else walking away with the glory. He came in to bat at number six, and that’s much different from batting at number three. He wasn’t an M.S. Dhoni to come out and hit sixes, nor could he rotate the strike much since he was no Virat Kohli between the wickets. Considering all this, his performance is grander. There are quite a few Pakistani stories of this sort too, and they go unnoticed because no one writes about them any more.”

Virat Kohli, however, is one current player, who has captivated not just the cricketing world’s heart, but also Aakash’s. “It’s impossible to look beyond Virat at the moment,” he says, impressed. “Of the things he’s achieving and the regularity with which he’s been able to do things, he’s defying common knowledge and understanding. You’ve been conditioned to think, what goes up comes down, this isn’t possible, that isn’t possible, in T20 nobody can score so many centuries, one cannot average 65 in T20, etc. but this guy is defying all of it.

“There will be a lot of milestones, not just a few. Most of them will be his by the time he finishes playing cricket. But will it be all highs and no lows? Again, conventional wisdom tells me that’s not possible. There will be a low point at some stage, but the beauty of someone who’s as prolific as he’s now, is he’ll find a way.”