IPL 2020 looks doubtful, but players and stakeholders hope there would at least be a shortened format of cricket tournaments 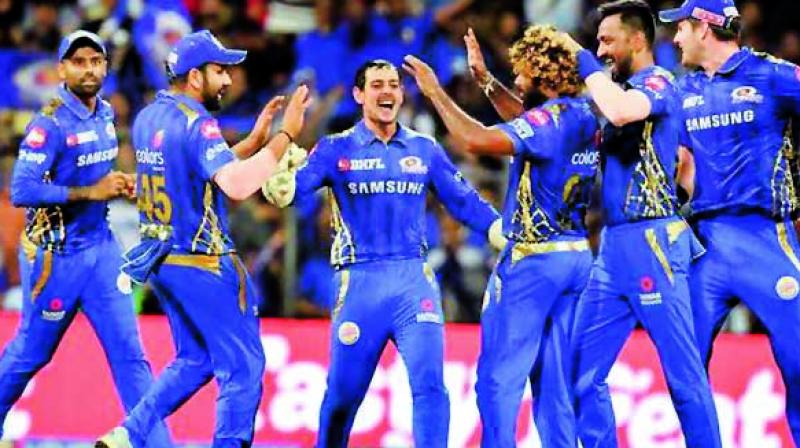 The COVID-19 pandemic has indefinitely stalled sporting activities around the world, including the 13th edition of the Indian Premier League (IPL).

While the Board of Control for Cricket in India (BCCI) had initially suspended the IPL till 15 April, given the current lockdown scenario and the status of the COVID-19 outbreak across the world, dark clouds loom over the cash-rich tourney.

However, former cricketers Kevin Pietersen, Sanjay Manjrekar and Dav Whatmore, and current players such as Harbhajan Singh and Pat Cummins believe there is a window of opportunity for the 13th edition of IPL to still make it this year, although possibly only around September. And if everything goes well, the cricketers hope that there would at least be a shortened format of the tournament of this ‘golden goose’ of cricket tournaments.

They are even open to playing the IPL matches without the audience to empty stands.
In fact, it’s not just cricketers who are hoping for the IPL to be played this year, even M.S.K. Prasad, a former cricketer and former chief selector of Team India, also endorses the idea.

Rather than completely abandoning the IPL, he thinks it is a good idea to consider having cricket after things get back to normal. “Nothing is more important than the safety of human lives. But the broadcasters have paid so much, so we also need to look into the financial aspects of the sport and its repercussions,” adds Prasad.

Given the high stakes involved in the IPL, the cash-rich tournament is one in which players hope to make huge money. Players are paid 15% of their IPL remuneration one week before the tournament starts, with 65% being paid during the tournament and the remaining 20% paid after the tournament.

So naturally, the cancellation of the game is something that could pinch them  and badly. Apart from the fee the players and their family enjoy the 2-month stint, that’s all paid for  travel, 5-star hotel stay, etc. So, in the event of cancellation or a shorter version of IPL, it’s not only the board that loses money but also the players.
A sticky wicket

Even as the idea of conducting a short form of the cash-rich tournament is gathering support, there’s yet a likelihood that the tournament, if resumed, could clash with other major international tournaments meant to happen around then for instance, the T-20 World Cup, to be held in October 2020.

Former Indian cricketer Pragyan Ojha thinks that the IPL can take place as long as players’ safety is ensured, although it would be essential that the IPL itinerary is meticulously chalked out.

“If the IPL is organised in September, then with the World Cup happening in October, how many players can come for the IPL? Hence, the ICC calendar of schedules and fixtures will be critical in this context. We’ll have to see how many players and countries will respond to this plan,” explains Pragyan.

Sportswriter and columnist Ayaz Memon, on the other hand, thinks it premature to consider IPL at this point. “The lockdown was intially till April 14, but it has now be extended till April 30, so the situation is very uncertain. It is very difficult to plan things if the future is vague,” he elaborates.

“Conducting IPL will be at their (officials) own peril; players’ lives and safety are the more important than anything else,” he adds.