Patients with language impairment due to Dementia have shown signs of reading and speech inefficiency, according to recent research. 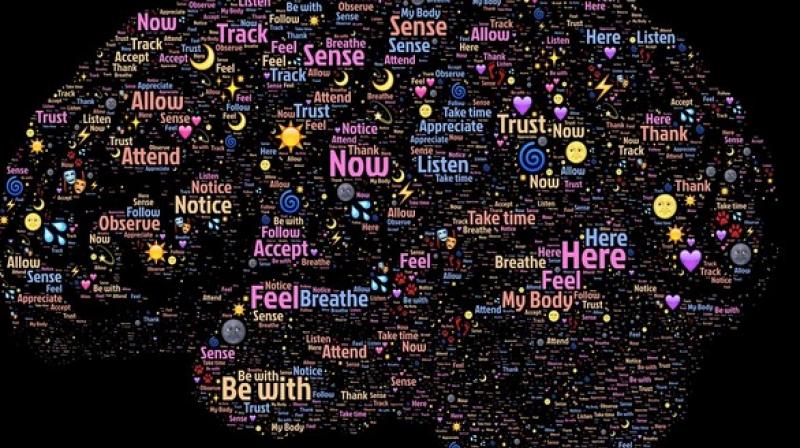 Patients with language impairment due to Dementia have shown signs of reading and speech inefficiency, according to recent research. The study surveyed people whose mother tongue is either English or Italian.

Researchers from the UC San Francisco Memory and Aging Center and Neuro-imaging Research Unit and Neurology Unit at the San Raffaele Scientific Institute in Milan collaborated to conduct the language study.

Earlier neurologists had already believed that language abilities are directly influenced by various brain diseases. But recent discoveries have begun to question that assumption.

For instance, Italian speakers with dyslexia tend to have less severe reading impairment than English or French speakers due to Italian's simpler and more phonetic spelling.

"This could lead to misdiagnosis if people who speak different languages or come from another cultural background express symptoms differently," continued Maria, also a professor of neurology and psychiatry and the Charles Schwab Distinguished Professor in Dyslexia and Neurodevelopment at the UCSF Memory and Aging Center.

"It is critical going forward that studies take language and cultural differences into account when studying brain disorders that affect higher cognitive functions -- which we know are greatly impacted by culture, environment, and experience," she explained.

The new study, published January 10, 2020, in Neurology, the medical journal of the American Academy of Neurology, focused on patients with primary progressive aphasia (PPA), a neurodegenerative disorder.

It affects language areas in the brain, a condition often associated with Alzheimer's disease, frontotemporal lobar degeneration, and other dementia disorders.

"We wanted to study patients with PPA to understand whether people from different language backgrounds actually experienced the disease differently, and what that might mean for how we try to help patients remain resilient to the disease," said study lead author Elisa Canu, PhD, a neuropsychologist and researcher in the Italian speakers's Neuroimaging Research Unit.

It is led by co-author Massimo Filippi, MD, full professor of neurology at the affiliated Vita-Salute San Raffaele University, and director of the neurology and neurophysiology units at the San Raffaele Hospital.

Cognitive tests and MRI brain scans revealed similar cognitive function and comparable levels of brain degeneration in the two groups. But when the researchers compared their performance on a battery of linguistic tests, they observed a key difference.

English speakers had more trouble pronouncing words -- the traditional hallmark of nonfluent PPA -- and tended to speak less than usual. In contrast, Italian speakers with the same disorder had fewer pronunciation difficulties but tended to produce much shorter and grammatically simpler sentences.

For example, when asked to describe a drawing of a family at a lake house picnicking and flying a kite, Italian speakers with non-fluent PPA might respond (in Italian): "The man and the woman and the dog"; "Boat in the water"; "Family have picnic"; "There is a kite".

"We think this is specifically because the consonant clusters that are so common in English pose a challenge for a degenerating speech-planning system," said Gorno-Tempini, who directs the language neurobiology laboratory at the UCSF Memory and Aging Center, and is co-director of the UCSF Dyslexia Center and the recently launched UCSF-UC Berkeley Schwab Dyslexia and Cognitive Diversity Center.

"In contrast, Italian is easier to pronounce, but has much more complex grammar, and this is how Italian speakers with PPA tend to run into trouble."

The results are important for efforts to ensure accurate diagnoses for patients with PPA across different cultures: in the current study, the Italian speakers do not match the established diagnostic criteria for nonfluent PPA as closely as the English speakers since the criteria are based on studies of English-speaking patients.

"This means that there are probably many people around the world -- including non-native English speakers in the US -- who are not getting the right diagnosis because their symptoms don't match what is described in clinical manuals based on studies of native English speakers," said Gorno-Tempin.

The researchers acknowledge that this is a small study and cannot completely exclude the possibility that differences in dementia severity, undetected anatomical differences and differences in education level between Italian and English participants could be confounding factors in the results.

Future studies in partnership with the Global Brain Health Institute (GBHI), a joint effort of UCSF and Trinity College Dublin to reduce the impact of dementia around the world, will attempt to replicate the findings in larger groups of patients and look for further differences between speakers of even more diverse, non-Western languages, such as Chinese and Arabic.

"We hope that such studies will advance our understanding of the brain science underlying language and language disorders, raise awareness of health disparities in dementia treatment, and ultimately improve care for all patients," Gorno-Tempini said.