Trump’s work is clearly cut out on his home front 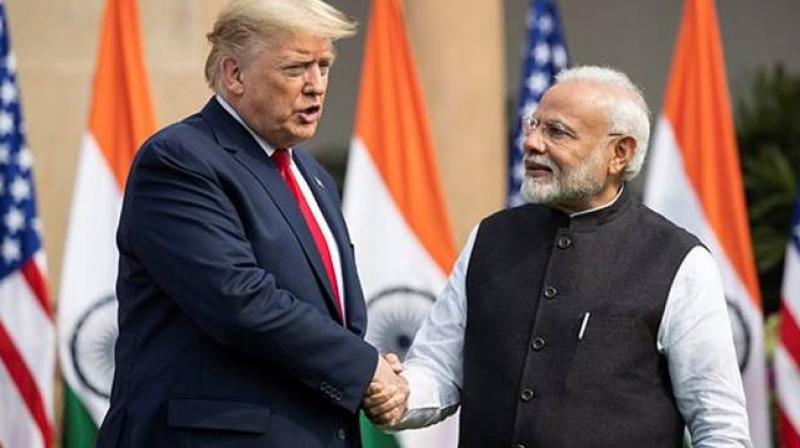 Diplomatic faux pas may not be new to the US President Donald Trump whose cavalier approach to the niceties of international protocol has often embarrassed him.

He may have outdone himself in narrating at length a conversation with Indian Prime Minister Narendra Modi that has not taken place, thus lending his curious allusions to Mr Modi’s mood on the “raging” border dispute with China a surreal air.

Unsurprisingly, Mr Trump had offered to be the mediator or arbiter in the latest stand-off between India and China in Ladakh and Sikkim along the LAC that has been exercising the minds of the Asian powers.

Having frequently offered to mediate on Kashmir with Pakistan, Mr Trump was only playing true to form in imagining he is a modern day Henry Kissinger. That Mr Trump continues to fancy himself as a mediator runs in the face of his being told each time that arbitration is not what India needs in managing its prickly neighbours across land borders.

In declining his offer, both India and China have clearly stated they are engaged bilaterally at various levels to resolve the issue, the first major conflagration after the Doklam standoff of 2017.

India has been polite but firm in denying that Mr Trump had spoken to Mr Modi anytime recently and certainly not after their fruitful exchanges on hydroxychloroquine on April 4 when India played the Good Samaritan in agreeing to share with the world its output of medicines.

What then do we make of Mr Trump’s imaginary narrative save that they portray actions of a confused leader yet to come to terms with changed equations since the advent of the coronavirus pandemic.

The world is well aware that the United States, with 4.5 per cent of the global population, has suffered nearly 30 per cent of deaths and cases. Mr Trump’s work is clearly cut out on his home front.

His reluctant expression of any sympathy over mass suffering and deaths also came very late and in a tweet two days ago to mark a grave milestone as the deadly virus toll crossed the one lakh mark.

Caught in re-election campaign mode and worried over the damage the grim prospects of a flagging economy and record number of jobs lost can cause, Mr Trump may have decided to brazenly carry on with his miserly employment of facts and truth.

Selective endorsement of violent protests like encouraging demonstrations against lockdown measures while condemning those protesting a black man’s death at the hands of the police in Minneapolis only exacerbates the glaring inequalities already seen in the racial breakup of deaths, with blacks and Latinos most affected.

Far from addressing the consequences of his own failures, Mr Trump has been at war with Twitter over fact checking the social media platform has put in place ahead of November elections.

Mr Trump may not be the first to cynically turn on the very media he may have used successfully in getting elected.

The greatest worry in the intriguing case of Donald J. Trump is, however, the gulf that exists between the real world and what may be a modern Camelot presided over by the legendary King Arthur.