Wombs for free is the new ‘Indian ethos’

With this Bill a flourishing trade of international surrogacy has come to a grinding halt. 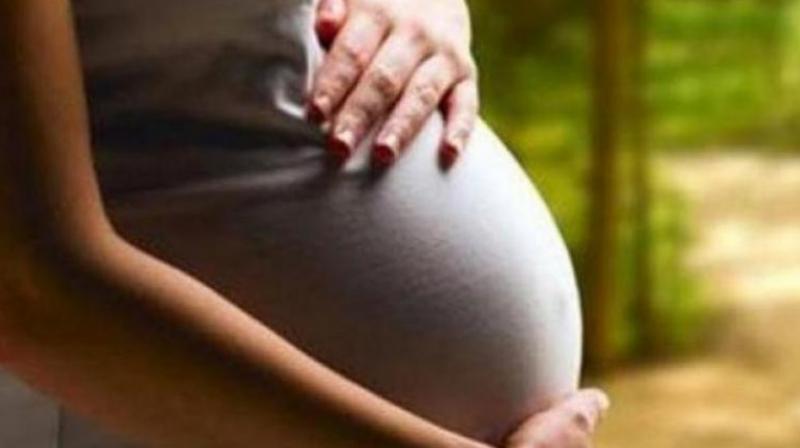 There was ample scope for the surrogate mother’s fundamental rights to be trampled upon by doctors and/or surrogate parents. (Representational Image)

A demand was made by health activists to regulate the procedure of surrogacy so that poor women who rent their wombs for a fee are better protected. What we have got instead is the Surrogacy Regulation Bill, 2016. This Bill, introduced in 2016, was referred to the Standing Committee (health & family welfare) and was reintroduced in the Lok Sabha with just a few cosmetic changes and was, on December 19, passed by the Lok Sabha. It brings a total ban on commercial surrogacy.

As per the Bill, surrogacy can only be undertaken by a close family relative as an altruistic activity, a labour of love, which she must undertake for the love of her childless relative. While the agency can charge for their services, the woman renting her womb cannot be paid as that will amount to “commercial surrogacy” which has been declared a crime punishable with a maximum of five years imprisonment and a fine upto Rs 10 lakh.

That is not all. There are further restrictions and prohibitions. This “close family relative” must be in the age group of 25-35 years, she should have had a child of her own, she should be in the category of “ever married”, she should not have been a surrogate mother earlier. She is prohibited from donating her own gametes (egg) for surrogacy.

With this Bill a flourishing trade of international surrogacy has come to a grinding halt. Rough estimates state that it is a $2.3 billion industry which has been exploited by the medical profession that put the lives of poor women at risk due to repeatedly surrogacy with an economic motive.

There was ample scope for the surrogate mother’s fundamental rights to be trampled upon by doctors and/or surrogate parents. While the surrogate parent could lay down conditions, the poor, rural woman volunteering to be a surrogate had absolutely no rights against the doctor or the couple opting for surrogacy. She also had no recourse if the conditions of the contract were violated by the medical professional or the couple opting for surrogacy.

These women were kept confined in “hostels”, they could not meet their family during the pregnancy, there was no insurance against pregnancy-related or postpartum complications. While the women could not refuse to give up the child, the surrogate parents had the option of refusing the child in case of physical or mental abnormalities.

What was needed, thus, was a Bill to regulate these inhuman conditions and safeguard the rights of vulnerable women. Ironically, what we have got instead is a virtual ban on commercial surrogacy which serves a body blow to these women’s earning capacity.

There are also severe restrictions on the couple opting for surrogacy. There is an age prescription — the mother should be in the age group of 23-50, and the surrogate father in the age group of 26-55. They should have been in a stable marriage for five years. They should not have an earlier child of their own and must be declared medically unfit to bear their own children.

The most disturbing part of the Bill is its conservative undertones which were described by the health minister, J.P Nadda, in Parliament on Wednesday as “Indian ethos”. As per these ethos, single women or men cannot opt for surrogacy, those who are in stable live-in relationships, lesbians or gay couples are excluded, transgenders are out and anyone who has a child cannot opt for surrogacy, unless the child suffers from a life-threatening disease. By these restrictions, a Karan Johar or a Shah Rukh Khan can no longer opt for surrogacy.

After the historic verdict that decriminalised homosexuality and the NALSA judgment which awarded citizenship rights to transgenders, this amounts to discrimination and may attract constitutional challenge.

The Bill also closes all avenues of providing opportunities for international surrogacy. Only Indians can opt for this procedure, foreigners, and non-residence Indians (NRI) are excluded.

The Bill brings to an abrupt end the title India held all these years as the global hub for surrogacy. Since commercial surrogacy is allowed only in Russia, Ukraine and California, couples desiring to have a child through surrogacy used to flock to Indian shores and approach surrogacy centres located in all major cities in India. There is no doubt that it was an exploitative practice and the woman opting to be a surrogate mother was at the receiving end with absolute no rights as there were no regulatory processes in place.

The advantages were clearly for the medical professionals who ran these exploitative surrogacy centres. Government allowed this exploitative practice to flourish at the cost of poor women, in the hands of unscrupulous medical professionals for over two decades. And now it has cleared a Bill that does not secure their rights, but that throttles their right to a livelihood by renting out their uterus in the name of protecting “Indian family ethos”. The question to ask is, at whose cost? The Standing Committee had rejected the altruistic argument of the government and had recommended that compensation should be the norm and the word “altruistic” should be replaced with compensation. Altruistic surrogacy, it observed, was tantamount to exploitation.

Permitting women to provide reproductive labour for free to another person but preventing them from being paid for their reproductive labour is grossly unfair and arbitrary, the report stated. It further commented that altruistic surrogacy entails high expectations from a woman willing to become a surrogate without any compensation or reward but based on “noble intentions and kindness”.

The government also ignored the recommendations of the Standing committee which had pointed out that since the Supreme Court recognised live-in relationships, the eligibility criteria of persons who can avail of surrogacy services be expanded to include live-in couples, divorced women/widows.

The Bill now almost seems as though we are moving backwards rather than forward with the times, taking in our stride not scientific advancements and the rights of poor vulnerable rural women, but the patriarchal notion of a woman’s body and womb being the property of the great Indian family.