The article implied that Mr Sen had ordered for several facilities to be provided not only to retired judges, but also to their spouses and children. 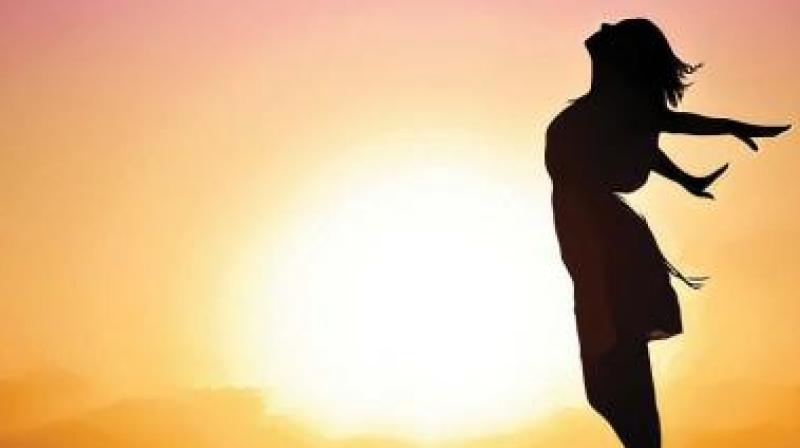 The bench held that the newspaper report was in bad taste and reflected the high court in a poor light.

International Women’s Day (March 8, 2019) turned out to be a black letter day for the Indian women’s movement when the Meghalaya high court, in suo motu proceedings, punished a woman journalist on charges of committing “contempt of court”.

“Sit in the corner of the courtroom till the rising of the court and pay a fine of Rs 2 lakhs,” ordered the high court while holding a woman journalist and a woman publisher, Patricia Mukhim and Shoba Chaudhuri, who edit and publish the Shillong Times respectively, guilty of committing “contempt of court”. The Shillong Times is a popular daily in the Northeast region published since 1945.

It was ironic that the order throttling the press was passed on a day celebrated as Women’s Day globally. If the payment of the fine is not done within a period of two weeks, the court added, the “journalists will have to undergo six months simple imprisonment and the paper, the so-called Shillong Times, will automatically come to an end (read: will be banned)”.

The bench, comprising Chief Justice Mohammad Yaqoob Mir and Justice Sudip Ranjan Sen of the Meghalaya high court, was enraged by an article published in the Shillong Times titled: “When judges judge for themselves”. The article was critical of a series of orders passed by Mr Sen, also in suo motu proceedings, enhancing the retirement benefits of judges. By directing the state government to consider enhancing the retirement benefits of judges when his own retirement was due shortly, Mr Sen had been judging his own case, the article implied.

The article implied that Mr Sen had ordered for several facilities to be provided not only to retired judges, but also to their spouses and children. In addition to medical facilities, the controversial order stressed the need for providing guesthouses, domestic help, mobile/Internet charges at the rate of Rs 10,000 and a mobile phone for `80,000 to judges. The article compared Mr Sen’s orders to an earlier order passed by a division bench of the Meghalaya HC asking for Z-plus security to be given to judges, which was later set aside by the Supreme Court.

The bench held that the newspaper report was in bad taste and reflected the high court in a poor light. They held that it was not based on facts and was intended to scandalise the court. The caption was also found to be malicious and contemptuous. The amicus curiae appointed for the case drew the attention of the bench to the fact that Ms Mukhim had also made some derogatory comments against judges on the social media and had “even gone to the extent of mocking the judicial system of this country”.

A visibly-perturbed Mr Sen wrote in his order: “We would like to ask whether the contemnor, Smt Patricia Mukhim, wants to control the judiciary as per her desire and will. If it is so, she is very much wrong.” The court refused to accept the apology tendered by the journalists on the ground that it was not genuine and was given only to avert the conviction.

Fortunately, the Supreme Court stayed the judgment passed by the high court on March 15, 2019, a week later, after hearing a special leave petition filed by the two journalists. The CJI-led bench also issued a notice to the registrar-general of the high court and had commented that the duty of the court was to protect the fundamental right to freedom of speech and expression and not to subvert the same.

In the petition in the Supreme Court, Ms Mukhim and Ms Chaudhuri have stated that the report was a “fair and accurate reporting” of the court proceedings. They also contended that the order suffered from “manifest perversity” and that the sentence passed was “manifestly arbitrary”, as the fine of `2 lakhs exceeded the maximum sentence of fine of `2,000 imposable under Section 12 of the Contempt of Courts Act. They further alleged that proper procedure was not followed while passing the order. The notice served on them was for civil contempt, but action for criminal contempt was taken against them, they pleaded.

The Editors’ Guild has criticised the high court order and termed it “intimidatory”, stating “that it undermines press freedom”. The Editors’ Guild further said that it is “ironical that the judiciary, which should uphold press freedom, has instead issued an order that militates against freedom of expression” and urged the judiciary “to exercise its constitutional powers with utmost caution so that the role of a free media in a democracy is duly respected”.

Also, contempt proceedings are a relic of a bygone age and not generally invoked in modern democracies. However, in recent times there has been a surge in the use of the contempt power in India.

Justice Markandey Katju, a former judge of the Supreme Court, was issued a notice for contempt of court and asked to explain his criticism of the judiciary. More recently, contempt proceedings were initiated against a senior lawyer of the Supreme Court, Prashant Bhushan, over his comments in social media regarding the appointment of the CBI’s acting director.

Ideally, judges should never be oversensitive to public criticism. Bona fide criticism should be welcomed and appreciated because it opens the door to introspection. In 2006, the Contempt of Courts Act (1971) was amended and it now provides “truth” as a defence, provided it is bona fide and in the public interest. A fair comment on the merits of a judgment is not contempt.

The contempt law is problematic as the judge himself acts as prosecutor and victim and starts with the presumption of guilt rather than innocence, and in his discretion decides punishment.

The renowned British judge, Lord Denning, in Metropolitan Police Commissioner (1969), had observed that the contempt “jurisdiction undoubtedly belongs to us, but which we will most sparingly exercise: more particularly as we ourselves have an interest in the matter. Let me say at once that we will never use this jurisdiction as a means to uphold our dignity. That must rest on surer foundations. Nor will we use it to suppress those who speak against us”.

It is important that courts in India follow this sound principle while issuing contempt orders against lawyers and journalists when they write articles based on facts and there is no intended malice against an individual judge.