Later, in 1898, in Kolkata, Dr Ross worked out the life history of the malaria parasite in birds 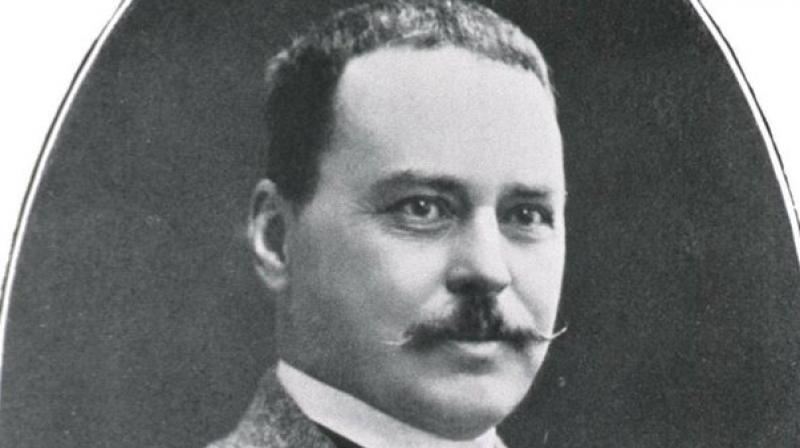 Think malaria and the first name that comes to mind is Sir Ronald Ross and his Nobel Prize winning work on the parasite that causes it. For the more informed, especially Hyderabadis, his ground-breaking work in the backwaters of the Hussainsagar lake, should be familiar stuff.

Today is the 163rd birth anniversary of Ronald Ross, who is symbolically recognised, but for all practical purposes forgotten even in the cities where he did most of his work: Hyderabad and Kolkata.

Recognised because an important road from the Begumpet Airport was named after him, and a small government hospital and the Institute of Parasitology at the Osmania University were set up over a decade ago in his honour.  Sadly, however, the road has virtually shrunk in length and is all but forgotten; and the hospital and institute are in a state of neglect.

The Almora-born British medical doctor became the first winner of the Nobel Prize for Physiology and Medicine (1902) for work done in Asia, for identifying the pathway of transmission of malaria after painstaking research on the parasite Plasmodium falciparum.

Ronald Ross made his landmark discovery on August 20, 1897, in Secunderabad. He discovered the malaria parasite while cutting the tissues in the stomach of a female Anopheles mosquito that had fed on a patient.

The discovery proved the mosquito's role in transmission of the disease to humans. Later, in 1898, in Kolkata, Dr Ross worked out the life history of the malaria parasite in birds.

The last time I visited the Ronald Ross Institute of Parasitology, adjacent to the Begumpet Airport, where the reputed doctor did his pioneering work, I found it desolate. With the 102-year-old Osmania University itself starved of funds and slipping rapidly in research in the last few years, the fortunes of the Institute could only have headed south.

It is a paradox that the country where epoch-making research was done on malaria still cannot boast of developing a drug or vaccine for it and in loses about a million lives to outbreaks of the disease annually. The market for claimed control, including a range of gadgets, coils etc is thriving, while millions of people have learnt to live with the routine bites and stings of the mosquito every night.

Interestingly, and perhaps coincidentally, as the Covid 19 pandemic spreads fast and affects millions, one of the anti-malarial formulations called hydroxychloroquine, has raised hopes of controlling the coronavirus.

It got a big boost with the US president Donald Trump rooting for it. Trump reportedly put pressure on Indian prime minister Narendra Modi to supply it to his country. For a few weeks, some of the Indian pharma majors got orders to supply the drug to a few nations.

However, the euphoria seems to have been short-lived as researchers and medical professionals are finding that the anti-malarial drug developed in the 1930s may after all not be the ‘magic bullet’ to treat the virus.

With the monsoon season fast approaching and doctors warning of the associated outbreaks of viral and waterborne bacterial diseases, the usual problems of dengue, chickunguniya and malaria (all caused by mosquitos carrying parasite) loom large. How coronavirus will manifest amidst all these factors is anybody’s guess.

Perhaps, Hyderabad, the city that opened the eyes of the world to malaria, should use the opportunity to strengthen healthcare facilities and research work in those named after Ross. A great chance to set an example in not just honouring a great hero of science, but also in tackling modern challenges well.

M Somasekhar is a senior journalist based in Hyderabad