The force of a dissenting verdict

In his dissenting verdict, Justice Chandrachud disagreed with the views of then Chief Justice Dipak Misra and Justice A.M. Khanwilkar. 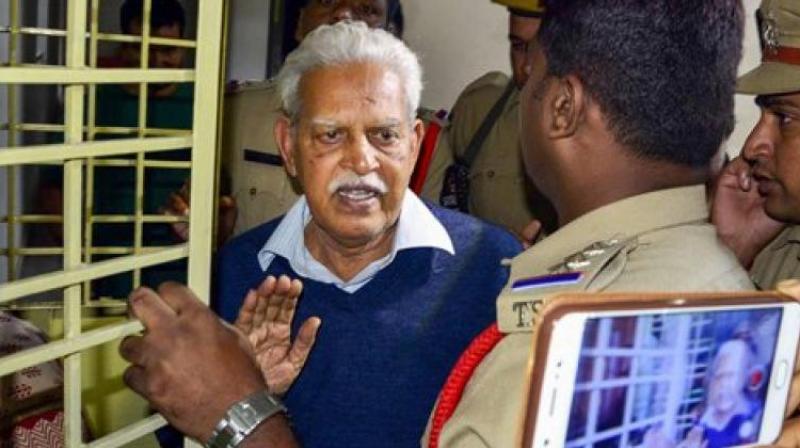 There have been times in history when dissenting verdicts have not only pointed to the failure of a majority ruling to protect the fundamental rights of citizens but over time, the principles upheld by minority rulings have moved on to become the law of the land. The much-acclaimed minority view upholding the citizen’s right to life and liberty under Article 21 of the Constitution even in an Emergency in the ADM Jabalpur case by Justice H.R. Khanna immediately comes to mind.

The dissenting verdict of Justice D.Y. Chandrachud in the PIL by Romila Thapar and four other eminent citizens against the arbitrary arrest of five left-leaning activists — Varavara Rao, the 77-year-old poet from Hyderabad, advocate Sudha Bharadwaj, who works for the rights of adivasis, advocate Arun Ferreira and Vernon Gonsalves, activists from Mumbai and Thane, and journalist and former member of the editorial team of acclaimed journal Economic and Political Weekly Gautam Navlakha — in the Bhima-Koregaon incident does precisely this. It outweighs the majority judgment in legal and factual reasoning.

Eminent jurist and constitutional law expert Soli J. Sorabjee, in a recent article, expressed the hope that this brilliantly-articulated dissenting verdict may, at some future date, become the majority view of the Supreme Court. He explains that a judge on a bench does not usually dissent from the views of his/her companion judges. However, when a judge believes that the court’s judgment would not be in the public interest or results in subverting the Constitution or results in gross violation of the fundamental rights of a group of people, he or she is constrained to write a dissenting judgment.

When the issue concerning the personal liberty of the arrested persons came up before the Supreme Court, the majority did not accept the plea that the arrest of the five activists was unjustified and directed them to approach the subordinate courts for appropriate relief, and ordered the continuation of their house arrest for a further period of four weeks.

The PIL was not seeking to establish the innocence of the arrested activists. It was merely seeking an independent inquiry by a court-appointed special investigation team. Therefore, the issue before the court was whether the investigation carried out by the Maharashtra police was fair, unbiased and unmotivated. In this context, the majority verdict overlooked the lapses which were sufficient to indicate that the investigations were not being carried out in an impartial manner.

In his dissenting verdict, Justice Chandrachud disagreed with the views of then Chief Justice Dipak Misra and Justice A.M. Khanwilkar. The dissent endorses judicial interference on the core issue of liberty as the constitutional duty of the court to ensure justice is not compromised.

“Dissent is a symbol of a vibrant democracy (where) voices in opposition cannot be muzzled by persecuting those who take up unpopular causes,” Justice Chandrachud held, and listed several circumstances which cast a cloud on the ability of the Maharashtra police to carry out a fair and impartial investigation.

Of particular relevance is the press conference held by Pune’s joint commissioner of police hours after the Supreme Court admitted the PIL on August 29 and stayed the transit of arrested activists from their homes to Pune, saying the police had sufficient evidence. On August 31, the additional director-general of the Maharashtra police held a press briefing, where several letters were selectively flashed to the media to suggest that the arrested activists were involved in a plot to assassinate the Prime Minister. A few months before her arrest, a letter attributed to advocate Sudha Bharadwaj was flashed on a television channel on July 4 to create the impression that she had links with Maoist organisations.

These letters were not produced before any court of law and were not mentioned in the remand applications filed before the magistrates. These incriminating letters did not form part of the case diary in the investigation against the activists. Additional solicitor-general Tushar Mehta had himself submitted before the Supreme Court that there was no basis to link the five arrested activists to the alleged plot to assassinate the Prime Minister. But though there was no allegation on record that the activists were involved in a plot to assassinate the Prime Minister, the police made an attempt to create a public impression to that effect through its media briefings.

Justice Chandrachud also noted that the investigation, which started as an inquiry into the Bhima-Koregaon violence on January 1, 2018, got deflected with allegations of a plot to assassinate the Prime Minister. He also dealt with procedural lapses over the arrests and glaring discrepancies in the investigation. It was undisputed that none of the five were present at the Elgaar Parishad in Pune on December 30, 2017 which the police claimed had incited the violence on January 1, 2018.

A cumulative effect of these circumstances, especially the selective media revelations by the police to besmirch the reputation of arrested activists by linking them to an assassination plot that had no mention in the case diary, led Justice Chandrachud to hold that “this is a proper case for the appointment of a special investigation team”.

What is surprising is that the majority opinion written by Justice Khanwilkar makes no reference to the circumstances listed by Justice Chandrachud. It makes a curt statement that “no specific material facts and particulars are found in the petition about mala fide exercise of power by the investigating officer”. There is no reference to the press conferences held by the Maharashtra police to create the impression that the activists were “urban Naxals”. However, the activists hailed the verdict as it opened up the avenue to approach the high courts for bail. Justice S. Muralidhar of the Delhi high court, based on the shoddy arrest procedure adopted, has already granted bail to Gautam Navlakha, one of the activists placed under house arrest in New Delhi. It is here that the minority verdict which discussed the issue threadbare will come to the aid of the arrested activists.

The day after the Supreme Court verdict, addressing a press conference, eminent historian Romila Thapar asked the government to define the phrase “urban Naxal”, saying either the government does not understand the meaning of the term or activists like her do not. “We were all born Indians, lived as Indians all our lives. These activists are fighting against social injustice. Terming them ‘urban Naxal’ is a political move,” she said.