Of politics, talaq and judgments

The two Quranic safeguards render triple talaq void. The courts will determine whether the reason for divorce was “reasonable”. 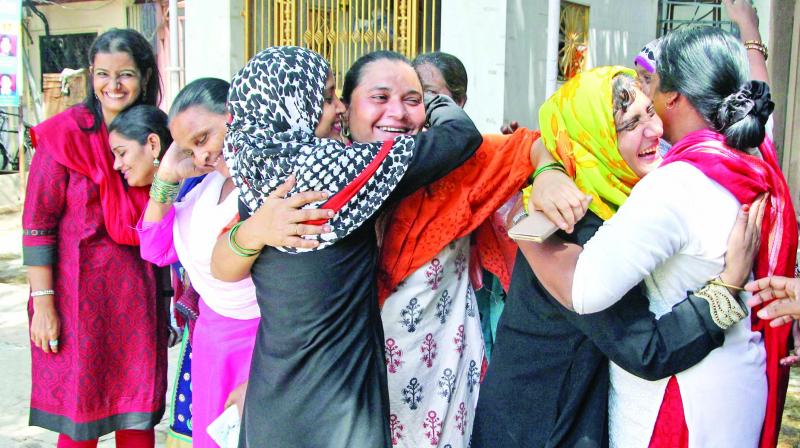 When India’s chief justice, J.S. Khehar, set up a constitution bench of five judges to hear petitions on triple talaq during the court’s summer recess, many asked what sense of urgency warranted this unusual course.

In his August 22 judgment, with Justice S. Abdul Nazeer concurring, he gives his reason: “The whole nation seems to be up in arms.” This is manifestly untrue. From the whole, Justice Khehar descends on a section. “There is seemingly an overwhelming majority of Muslim women, demanding that the practice of talaq-i-biddat which is sinful in theology be declared as impermissible in law”. A section of Muslims did clamour against it.

The next sentence is disturbing. “The Union of India has also participated in the debate. It has adopted an aggressive posture, seeking the invalidation of the practice by canvassing that it violates the fundamental rights” embodied in the constitution.

After becoming Prime Minister, Narendra Modi set about implementing the Bharatiya Janata Party’s triple agenda — uniform civil code, abolition of Article 370 on Kashmir’s autonomy and building a Ram temple on the ruins of Babri Masjid. On each he decided to accept half a loaf initially and take the judicial route. Sympathisers filed petitions on all three in the supreme court.

Unfortunately, the chief justice yielded to Modi’s “aggressive posture”, only to flog a dead horse. The animal had died of multiple stabs by high court rulings and a coup de grâce by the supreme court in Shamim Ara’s case in 2002. It ruled that “the correct law of talaq as ordained by the Holy Quran is that talaq must be for a reasonable cause and be preceded by attempts at reconciliation between the husband and wife by two arbiters” appointed by both sides. It cited the high court rulings and held, “We are in respectful agreement with the abovesaid observations.”

The two Quranic safeguards render triple talaq void. The courts will determine whether the reason for divorce was “reasonable”. But that would leave the Sharia in place. Then attorney-general Mukul Rohatgi “was emphatic” that not only triple talaq but two others — talaq-i-ahsan and talaq-i-hasan — were unconstitutional. One judge pointed out that, in that event, Muslim men would have no remedy for divorce. Rohatgi replied in the affirmative, but assuring that Parliament would enact legislation “within no time”.

No government can give such an assurance on legislation and despatch. Was Rohatgi speaking on instructions or was he on a frolic of his own? In either case, the motive is revealed — not reform but repeal of Sharia by legislation.

Khehar and Nazeer hold that Sharia is not subject to fundamental rights. This was the view of personal laws also taken by the Bombay high court in 1952 in a judgment that has been followed since. But Khehar held that the triple talaq is protected by the fundamental right to practise religion. It has “a stature equal to other fundamental rights” and “interference in matters of personal law is clearly beyond judicial examination”. Yet, the two proceeded to “direct the Union of India to consider appropriate legislation” on triple talaq. Meanwhile, they “are satisfied in injuncting Muslim husbands from pronouncing the triple talaq” for six months. If the legislative process begins before that, the injunction will continue until the law is enacted.

Supreme Court Justice R.F. Nariman delivered his judgement, in which Justice U.U. Lalit concurred. He cited Shamim Ara’s case but held that since triple talaq is instant and irrevocable “any attempt at reconciliation ... cannot ever take place”, so it is “arbitrary”. But as mediation precedes talaq, the court can examine its reasonableness. It cannot be “violative of the fundamental right contained under Article 14” (right to equality). A judgment based on palpable error cannot stand.

There are thus two judgments in conflict, each by two judges. The fifth, Justice Kurian Joseph, disagreed with both in a judgment of compelling logic. Shamim Ara’s case “is the law” and high courts followed it. The Quranic verses “are clear and emphatic”. Triple talaq “violates Sharia” and is not protected as a part of religion. Fundamentally, “What is held to be bad in the Holy Quran cannot be good in Sharia”. There was thus no triple talaq in Sharia for him to hold unconstitutional.

The order of the court says: “In view of the different opinions recorded by a majority of 3:2, the practice of talaq-i-biddat — instant triple talaq is set aside”. Judgments and orders are ‘set aside’ — how can courts “set aside” a practice? There is no majority judgment to support the order. The result? A waste of time.