The number of terrorists killed in the Valley in the past 12 months has been higher than in the previous year, suggesting more encounters. 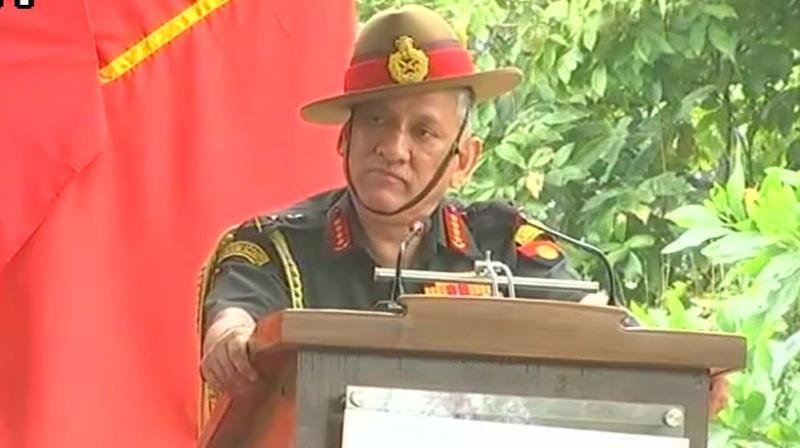 It is noteworthy that Army Chief Gen. Bipin Rawat should concede that the situation in Jammu and Kashmir is only “marginally” better since he assumed charge a year ago. This can be said to be a fair assessment, and a candid one.

From his recent remarks to the Press Trust of India, it may be inferred that the general thinks that at least a part of the reason for more fruitful results eluding us is the absence of “politics” to go “hand in hand” with the stepped-up military action that the Army launched in J&K — in slow stages — after July 2016 to deal with the volatile situation that developed following the neutralising of Burhan Wani, an emerging terrorist leader.

Pakistan has not been put on the backfoot, as repeated cross-border violations and killing of Indian soldiers on the Line of Control demonstrates. The number of terrorists killed in the Valley in the past 12 months has been higher than in the previous year, suggesting more encounters. Equally, though, there have been more civilian and security forces’ casualties. The total picture is of continuing chaos and something approaching a military stalemate.

It is to set this right that Gen. Rawat presumably underlines the use of the instrument of politics. He does note that in October the Centre appointed Dineshwar Sharma, who recently retired as head of the Intelligence Bureau, for a “sustained dialogue” with all stakeholders in Kashmir. But the tenor of the Army Chief’s observations implies that the effort hasn’t gone far enough.

He is right. The Centre has given no indication so far that Mr Sharma’s brief is to proactively seek opportunities for political discussions with all leading political players in the Valley. The former intelligence officer appears to have spoken mainly so far only to fruit-growers and some artisanal groups. These categories alone don’t hold the key. It will be surprising if the government does not understand this. It then follows that it wasn’t the government’s real intention to start a political engagement in Kashmir.

The idea appears to have been only to give an impression of talks. This stems from a “military methods alone” approach. Evidently, there is to be a raising of the military tempo. Gen. Rawat, in response to questions, has spoken of “ramping up” military action in order to deter Pakistan and to prevent local terrorists in Kashmir from reaching fruition point. He doesn’t wish to be “status quoist” in terms of tactics and strategies.

That’s fair enough from a military perspective. But the Army Chief will doubtless appreciate that this will be accompanied by probably risking longer-term failure in Kashmir if the military ramping-up is not accompanied by any meaningful political moves.