While initially only about 100 officers and 1,000 jawans may be inducted for the “Tour of Duty”, if the government approves the proposal 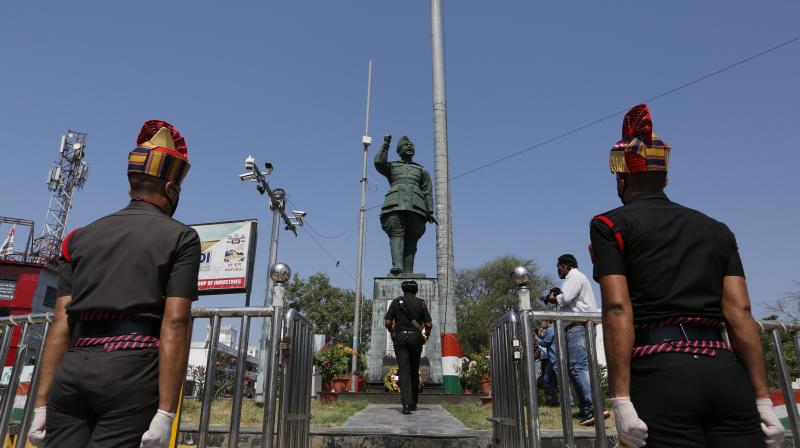 For college graduates or young professionals who join as Army interns, it may be win-win situation. PTI Photo

The Indian Army’s proposed “internship” programme, where it will induct young people for a three-year “Tour of Duty”, shows some new thinking in our military – one that could benefit both the country and the individuals who sign up. The Army hopes to get a ready flow of young blood to energise the force, and those who join will, by the time they leave at 26 or 27, find the new skills and leadership lessons they have acquired will stand them in good stead in their civilian careers. Since this will be a purely voluntary project and not an Israel-type conscription of the nation’s youth, the “interns” should be highly motivated as they would have chosen to get a taste of the military life.

For the Army, the benefits would largely be in the financial aspects. Since there will be no long-term commitment, it hopes to make considerable savings on pay, pensions and other benefits, which it hopes will free up the funds it desperately needs for military modernisation. The 146 per cent increase in defence pay/pensions over the past five years is proving unsustainable, the Army says, as it comprises 56 per cent of the defence budget, leaving less and less for modernisation and day-to-day costs. Almost 80 per cent of the Army’s 43,000-strong officer corps are on permanent commissions, and many on short service commissions too extend their 10-to-14-year tenures to serve at least till 54, with full benefits. While initially only about 100 officers and 1,000 jawans may be inducted for the “Tour of Duty”, if the government approves the proposal, the numbers could be expanded later if the Army finds it is working well. The savings on training costs, besides all other heads, might also be considerable.
For college graduates or young professionals who join as Army interns, it may be win-win situation. Not only will they possibly earn more than in most entry-level jobs, when they leave after three years they will not only have a tax-free lump sum but also have an edge while applying for other jobs or courses like MBA programmes. Plus, of course, the satisfaction of having served their country in uniform.