AA Edit: In a matter of months, Afghan peace unravels 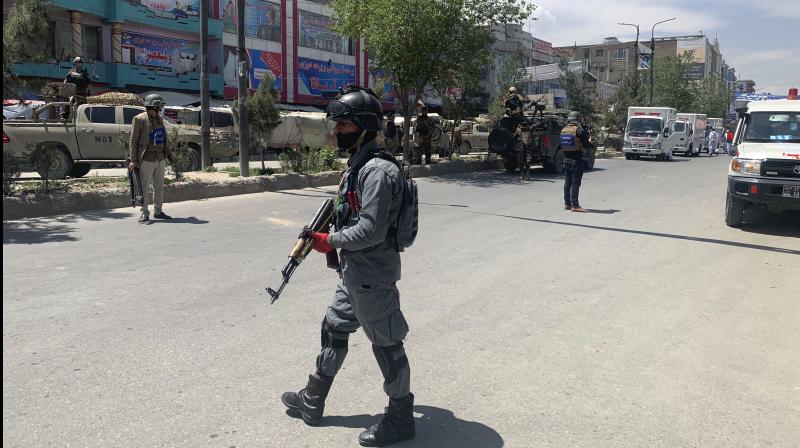 Evidently, the atmosphere of mistrust between the government in Kabul and the Taliban is complete. This cannot but further complicate the prospects of a so-called intra-Afghan dialogue. AP Photo

Since the Americans signed a peace agreement with the Taliban on February 29 to bring to an end the relentless violence that has afflicted Afghanistan for the past 18 years, there are few signs of encouragement in the big picture. Last Tuesday’s ghastly attack on a maternity clinic inside a Kabul hospital, in which hours-old infants and their mothers, besides nursing staff, were killed, was only one of several painful incidents of that terrible day. In Nangrahar in eastern Afghanistan, a funeral procession for a police commander was attacked by a suicide bomber and many lives were lost. Another violent attack also reportedly took place in the Khost province of eastern Afghanistan.

The violent incidents of May 12 have led the government of President Ashraf Ghani to officially end the defensive posture by the Afghan military, which had been dictated by common sense in the wake of the February agreement. The Taliban too have issued a threat, suggesting that they are mobilised and have the resources to deal with any contingency. Improbably, they have sought to point a finger at the Ghani government for the recent attacks.

Evidently, the atmosphere of mistrust between the government in Kabul and the Taliban is complete. This cannot but further complicate the prospects of a so-called intra-Afghan dialogue in which the various political constituencies within the country, along with the government, were to negotiate a roadmap for peace with the Taliban.

The pitch had been queered by the government raising questions about the releasing of as many as 5,000 battle-hardened Taliban prisoners as a prelude to intra-Afghan talks. It is this which has led the Taliban to accuse the Ghani government of being the architect of the recent violence in the expectation of prolonging its life, which may be suddenly extinguished if the talks with the Taliban led to a feasible roadmap for normality.

Islamic State-Khorasan (or so-called ISIS-South Asia) had taken the dubious credit for attacking Kabul’s most famous gurdwara in March. It also acknowledged carrying out the Nangrahar attack on the funeral procession on Tuesday.

However, neither ISIS-K nor the Taliban have claimed responsibility for the grisly hospital attack. In fact, the Taliban have denied a role in this. But it is noteworthy that the militant group has not gone so far as to condemn the attack, like other domestic political constituencies, the UN Security Council, and leading countries, including India, have done.

For long, the Taliban, and more recently ISIS-K (also known as Daesh), have been perceived as being active recipients of patronage of the Pakistani military and the notorious ISI. Overall, it is likely to be Islamabad’s endeavour to retain as much influence as possible in any framework for future talks by bringing the Afghan government as well as civil society to its knees through violent attacks carried out by its proxies in the face of which ordinary Afghans remain helpless and confounded.

The Taliban will truly be making a new beginning if they begin to act on the same side as the Afghan military by taking on Pakistan and its proxies on the political chessboard and the battlefield. India, instead of acting only in America’s shadow, can begin to take initial steps in the direction of that denouement.