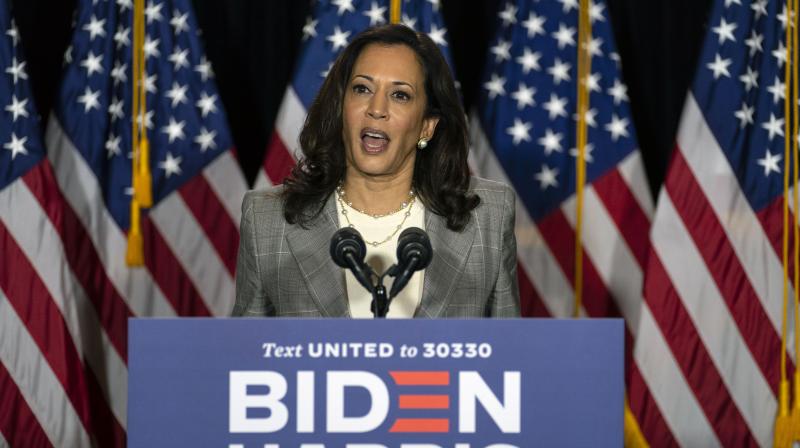 The Democratic presidential candidate Joe Biden’s pick of running mate in Kamala Harris is historic in more ways than one.

Her selection will resonate with a large section of American voters even as it spotlights the growing importance of Black voters, more so of Black women who have fought for decades since the suffragette revolution for their voices to be heard and their ambitions given equal opportunity.

Her Afro-Caribbean-Jamaican and Indian parentage brings to the centrestage once again the immigrants’ American dream and middle class aspirations that have been threatened in four years of Trump and at a time when the world is in the grip of a raging pandemic.

The USA of today is far more of a racial and cultural melting pot than it was when a Chennai woman broke her Indian shackles and set forth to study in the USA back in 1958 and her daughter now represents eloquently the fight for equal opportunity and equal justice.

The Democratic ticket needed this burst of energy to back the 78-year-old Joe Biden. Whether he is to be viewed as a transitional leader or not, what Democrats have right now is a Vice President candidate acceptable to a large section of the population besides the fundraising ability of a prosperous West Coast Senator who is married to a Jew. Far from damaging the handy lead pollsters are giving Biden, she may add value.

Biden’s choice predictably ignited the misogynistic, sexist Donald Trump into offending nearly half the US population by bringing back affront to women’s dignity in his attitude that is more suited to the Middle Ages.

It is at an inflection point in contemporary history of civil strife in the time of the tragic George Floyd and the Black Lives Matter movement that his death inspired bringing Harris into the limelight and making her presence on the ticket a smart choice indeed.

Furthermore, when the Donald Trump administration is seen to be not only ineffective in handling the Covid-19 pandemic but also deliberately and cynically contemptuous of a threat that has killed more than 1.66 lakh Americans, she brings strength with substance and not just symbolism to a Democratic ticket promising at least the much-needed empathy to a difficult situation.

The far right may have reason to believe Harris, brought up more as a Black kid singing in the church choir than a Tamil Brahmin (and yet mindful of her mother’s legacy) is too far to the left while the liberals believe she is, like Biden, too much at the centre.

The Chinese are already annoyed by her brave and moral stand on the discriminatory treatment of Uighur Muslims. Harris’ strong views on CAA, Kashmir and other home policies may be seen as abrasive by official India.

Most Indian-Americans would, however, sense a chance to be more of a mainstream community in their adopted country with their votes likely to be valuable in battleground states.

An antidote to the most divisive president in modern history is bound to come with ideologies and philosophies that are principled and it is not only in her animus towards Trump that a politician such as this must be seen as a champion to fight the forces in these conflicted times.